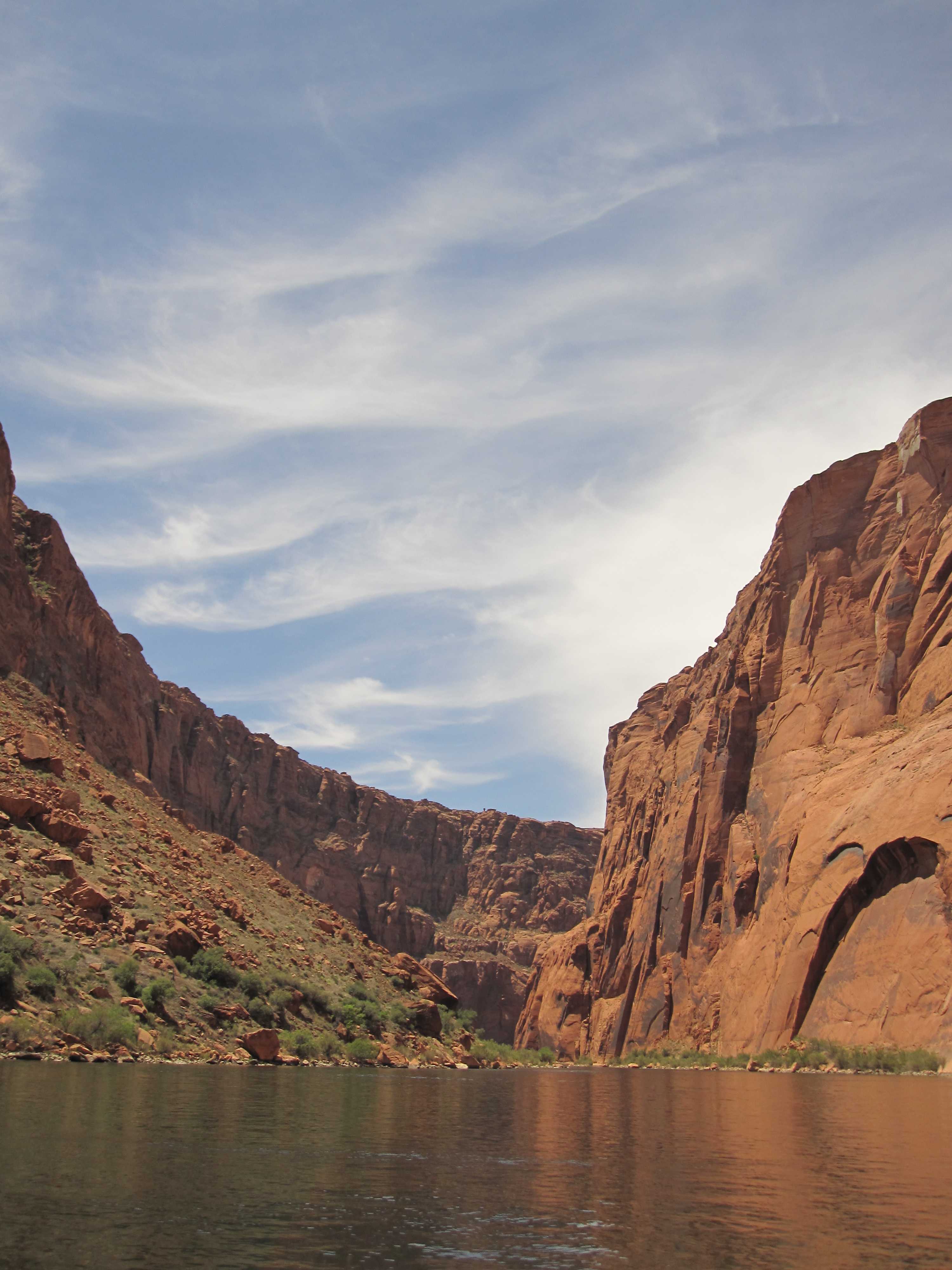 “You’re gonna say ‘wow’ from the beginning all the way to the end,” –Leonard, Antelope Canyon Tour Guide.

Leonard was not joking. He wasn’t exaggerating either.

When I saw Britney Spears’ “I’m not a Girl, Not yet a Woman” music video, I made the decision to visit Antelope Canyon in Arizona. It wasn’t until this year that my boyfriend and I decided to do the Grand Canyon “Canyon and River Adventure Tour” for our one year anniversary that I actually got to see the Antelope Canyon. The tour included a flight tour of the Grand Canyon, a 4×4 ride to the Antelope Canyon, and a boat tour down the Colorado River. We woke up at 5AM to get to the airport just 5 minutes away from our hotel to start the tour.

Grand Canyon Flight Tour: We started with the flight tour taking a small airplane to view the Grand Canyon. There were headphones available for the tourists to listen to the adventures of people who found or lived at the Grand Canyon (available in different languages). The flight was an hour long and traveled through different parts of the Grand Canyon while we listened to our headphones about what the canyon is made of.  A complete breakfast was given at the end of the tour.

Antelope Canyon: My favorite part was definitely the Antelope Canyon. Our tour guide, Leonard, was the best tour guide out there. He is 100% Navajo and had been a tour guide for the Antelope Canyon for 2 years. Before going into the canyon, he told us to set our cameras to ISO 400, cloudy setting, and no flash. When we went inside, he knew all the best places to take pictures in. He knew what angles to take them from and where professionals had taken their photos. He showed us different shapes that the canyon made that looked like Abraham Lincoln, a horse, a heart, and many other things.  He even played the flute for us that echoed around the canyon. He even told us insightful stories about the Navajo culture at the end of the tour.

The canyon itself is indescribable. Every step you take is like going into a completely different canyon. I can say it’s very colorful. It’s shaped differently. It’s cold while very comforting at the same time. It’s peaceful. But, like many other natural wonders, it’s something that one has to see.

Colorado River Boat Tour: Last but not least was the river tour. Lunch was given before the tour began at the Glen Canyon Dam. The tour guide showed us different shapes on the walls of the canyon and told us about the different birds and the different fish that lived in the Glen Canyon and the Colorado River. We stopped at a small beach to eat our lunches. Some kids even braved the 40 degree Fahrenheit water. It began to get warm while on the boat, but the breeze in the shades that we past by was just right. We spent most of the time looking up at the vast canyon that I regretted not bringing my sunglasses. The tour ended with a bus welcoming us for a drive back to the airport.

Quite a day! As Leonard would say, “If you’re at the west side of the mountain to see the sun setting at the end of the day, you’ve had a good day.”

– Don’t forget your sunscreen and your sunglasses