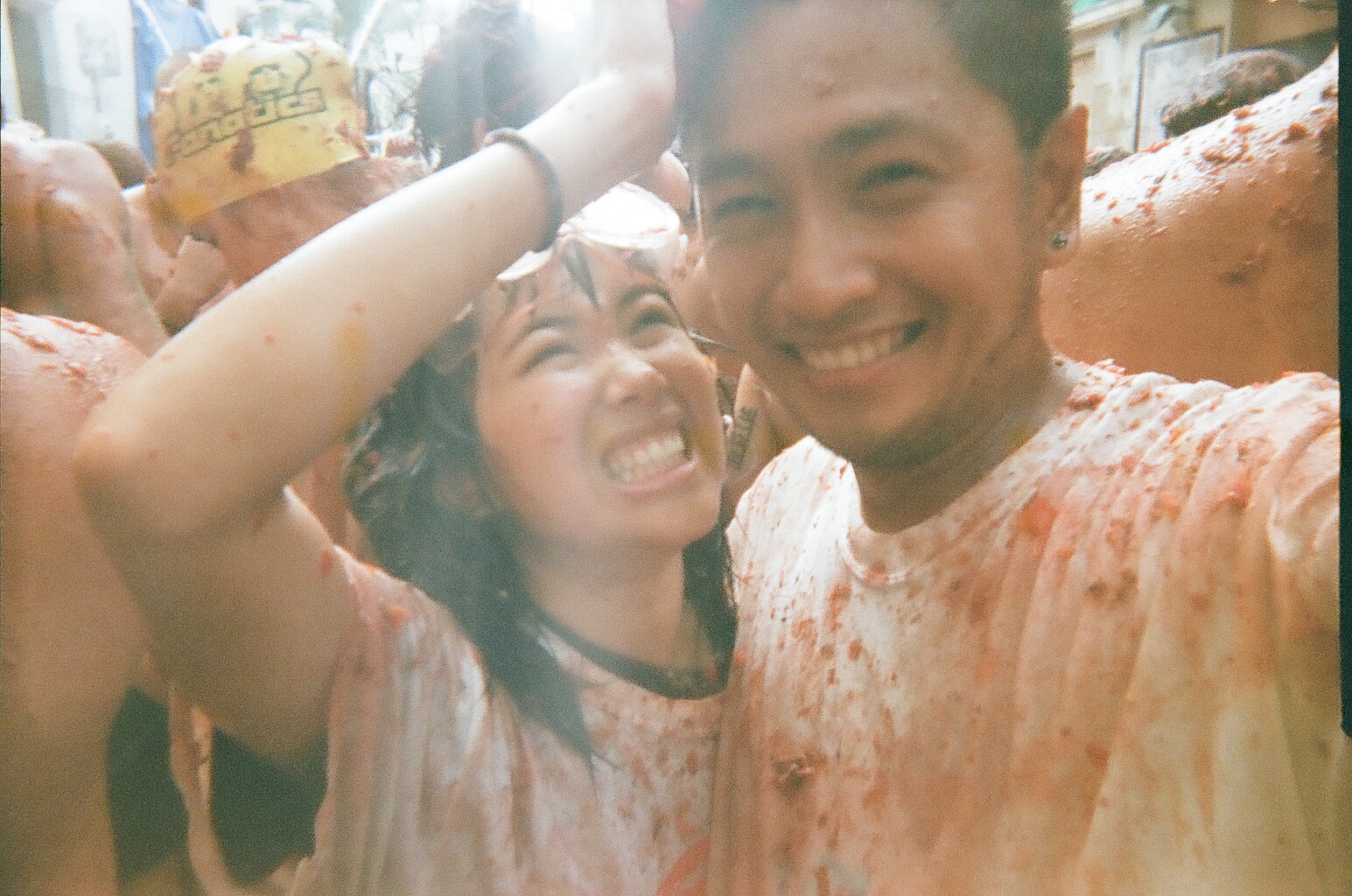 Watch videos of this event on youtube, and you’ll be convinced to save up money to get to Buñol. This was my second day in Europe, and it was an adventure! I heard different languages and different accents all over the place! Take all the work stress out on these strangers fom all over the world. People from Australia, Brazil, Germany and many others meet at this tiny town of Buñol to make a mess out of tomatoes. Food fight? We’re there!

– Wear a white t-shirt that you would be okay throwing away. Tomato stains can be seen easier in pictures on a white shirt. Make sure that everything you wear can be thrown away as it will be ruined during this epic food fight.

– If you’re traveling from Valencia to Buñol, wake up before the sun rises and get on that train! There will be people rushing to the train and squishing in. You do not want to be late to this event!

-You can’t get back on the train unless you have a t-shirt on. Don’t throw away your t-shirt just, yet! Throw it away when you get home unless you want to wear someone else’s dirty, sweaty shirt that you found on the ground just to get on the train.