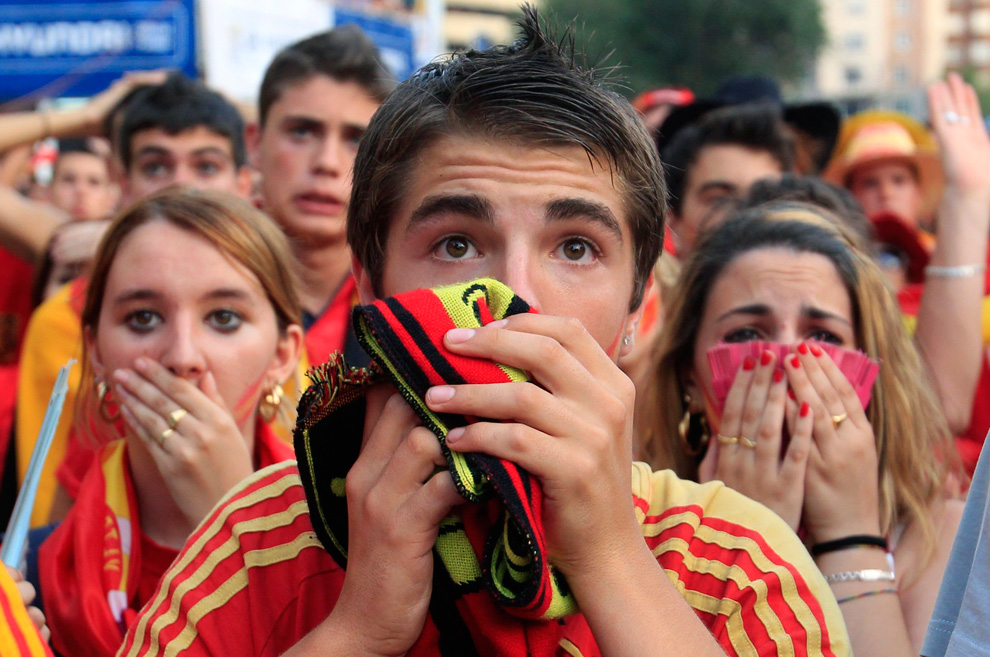 After a month of matches, the 2010 FIFA World Cup Tournament is over, with Spain claiming its first ever trophy, the Netherlands placing second, and Germany taking third place. 32 teams came to South Africa last month, and the eyes of the world were upon them as television and online viewership broke records, and in many places productivity dropped sharply when matches were being played. Collected here are photos from the second half of the tournament (see earlier entries: 1, 2, 3), the action on the fields, and the reactions of those following the games in both South Africa and their home countries, as we bid farewell to the 2010 World Cup. (44 photos total)

See The Photos Here – From Boston.com, The Big Picture