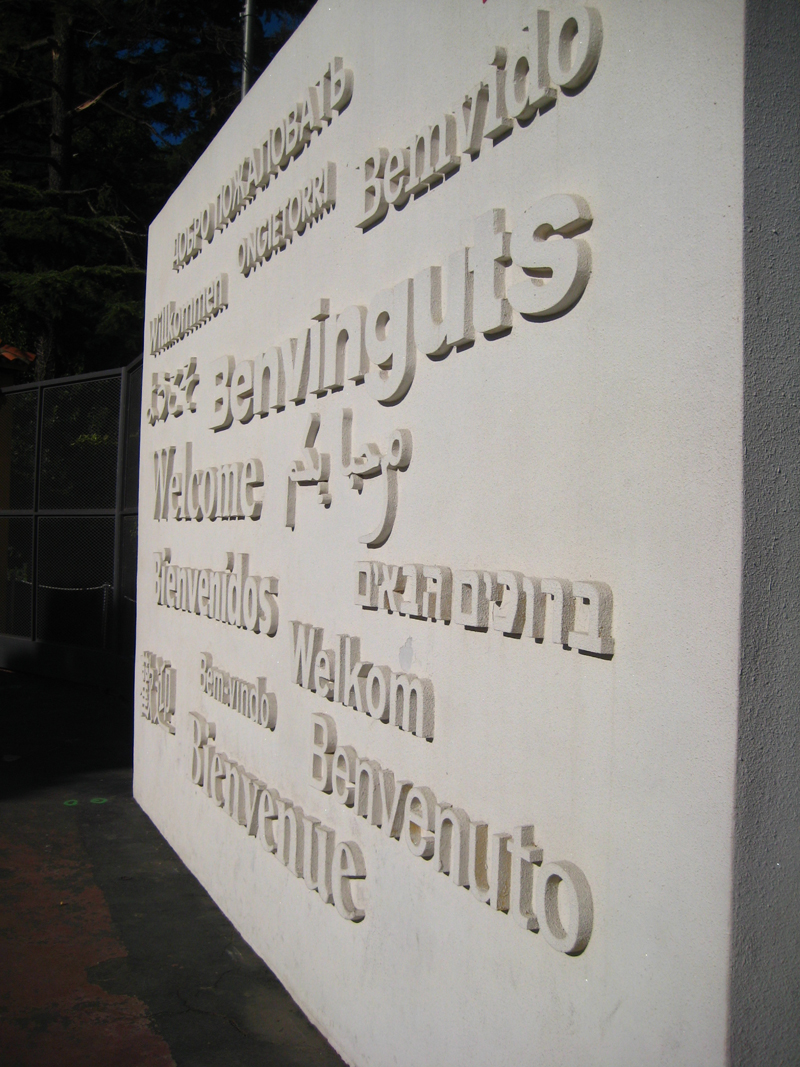 When we were in Germany and in Switzerland, two different people said to us foreigners, “I’m sorry, my English is not so good,” after helping us in English. I wonder when you will ever hear an American say, “Lo siento, mi español no es bueno,” after trying to help a foreigner in Spanish.

Traveling in Europe, it’s not hard to find a person who speaks at least 3 languages. In America, it’s a big deal if somebody speaks two. My señora speaks Spanish, Catalan, and French, and because of this, she understands some Italian and some Portuguese. My cousins in Belgium speak Flemish, French, English, and of course, Tagalog.

I went to class with American and German students for Cross-Cultural Management. During presentations of different countries’ cultures, the American students do not even begin to try to say the word “hierarchical,” they just skip the word and say, “I can’t say that,” whereas the German students pronounce Chinese words out loud during a presentation of the Chinese culture. These Chinese words are a lot more foreign to the Germans than an English word like, “hierarchical,” is to an American.

The only ones who are really proud of their language are the French. Even then, they still know how to speak English.

Sitting at the Zurich airport, I just finished my swiss hot chocolate, paid in British pounds, and listened to airport announcements in German, English, and French. I’m coming back home after tres meses en Barcelona, and I wonder if I’ll be able to keep my Spanish.

I really wish that Spanish was taught in American elementary schools. I would’ve been on top of my game by now.