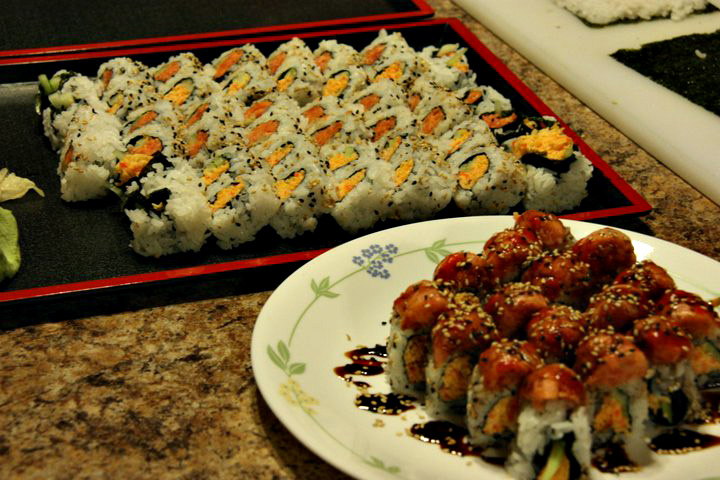 Traveling is fun, but we’re not complete nomads. Last month, we finally had time to have a housewarming party! Because my cousin, Kuya William, is a sushi chef, we decided to have his Sushi Boss cater the event. What matches a sushi meal? Sake! Our party ended up with a Japanese theme, and it was BYOJB – Bring Your Own Japanese Beer.

Decorating – With limited money, we added some quick and fairly cheap décor that will create hints of Japanese design. Small changes that make a big difference is key. The living room and kitchen were dressed up in red curtain, bamboo centerpiece, and Japanese inspired art created by Ray himself! Red curtain, bamboo plant, and a huge fan added an oriental touch to the bedroom and bathroom. Although it is only a bits and pieces of decorations, it gives the home a different feel. 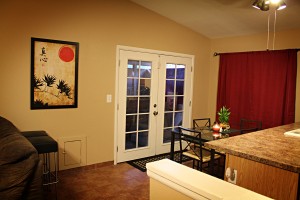 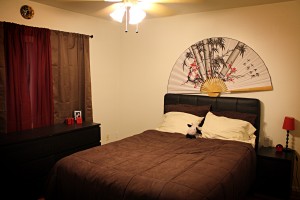 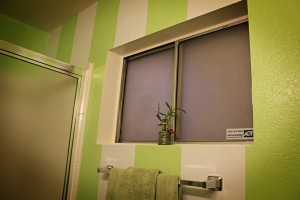 Dining – Sushi was served with Japanese beer, sake, and plum wine. Our pro-sushi chef made 400+ rolls of sushi throughout the night! Don’t forget the chopsticks! We bought a few packs of Sapporo and some sake, but Japanese beer can get pretty expensive. Add “Bring your own Japanese beer” to the invite and empty out your refrigerator. People will start coming in and your refrigerator will start to look like a spoiled college student’s fridge. Buy some Japanese fruit juice for the designated drivers! 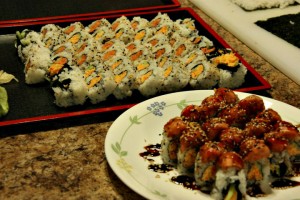 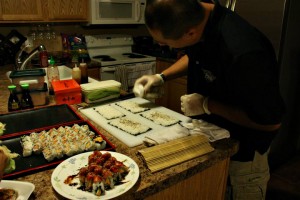 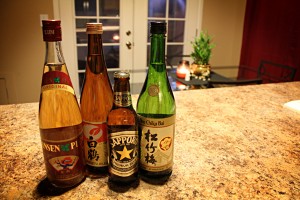 Gaming – Just Dance 2 on the Wii was the game of the night! The game played from 8pm til 3am after the Wii remotes ran out of battery. Definitely worth the buy, and our friends bought the game after playing at our party! 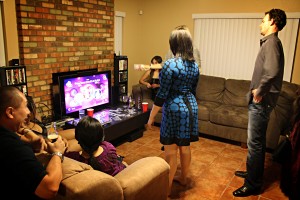 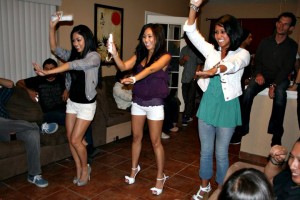 It was an overall successful night with a great group of friends and family. Dim sum the morning after completed this amazing weekend!

Special thanks to Kuya William Wu for catering sushi and alcohol as well as our California friends who came down for the event: Jr, Sarah, Q, and Sylvia!

Have you ever thrown a country theme party? What were the ingredients of the party that gave it the country’s feel?