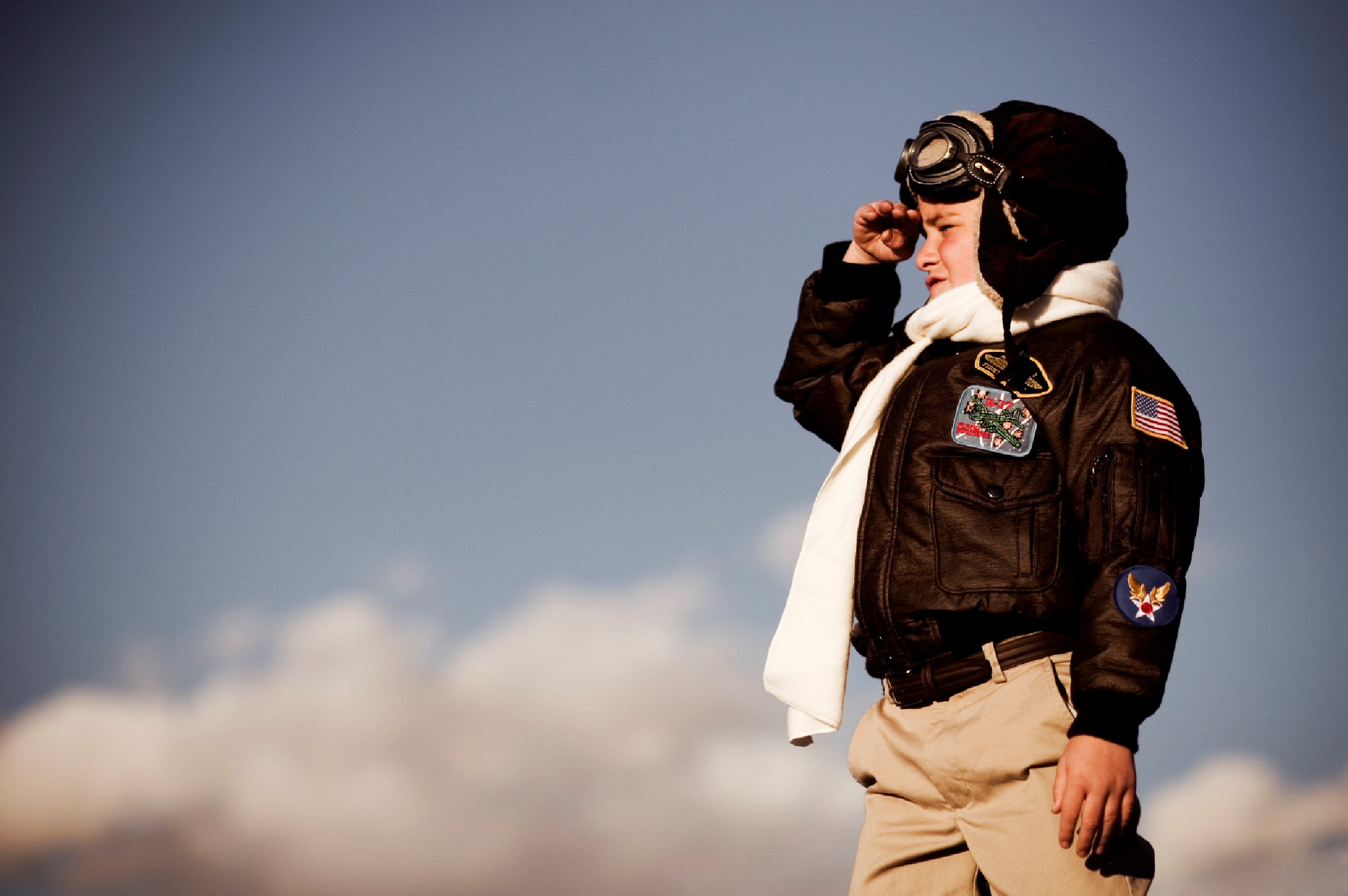 Ever wondered why you need to keep your headphones off during take-off? We came across this great article on 35 Secrets Your Pilot Won’t Tell You. Have your flying questions answered! 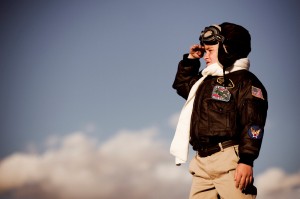 We asked 17 pilots from across the country to give us straight answers about maddening safety rules, inexplicable delays, the air and attitudes up there—and what really happens behind the cockpit door. What they told us will change the way you fly.

What You Don’t Want to Know

“I’m constantly under pressure to carry less fuel than I’m comfortable with. Airlines are always looking at the bottom line, and you burn fuel carrying fuel. Sometimes if you carry just enough fuel and you hit thunderstorms or delays, then suddenly you’re running out of gas and you have to go to an alternate airport.” -Captain at a major airline

“Sometimes the airline won’t give us lunch breaks or even time to eat. We have to delay flights just so we can get food.” -First officer on a regional carrier

“We tell passengers what they need to know. We don’t tell them things that are going to scare the pants off them. So you’ll never hear me say, ‘Ladies and gentlemen, we just had an engine failure,’ even if that’s true.” -Jim Tilmon, retired American Airlines pilot, Phoenix

“The Department of Transportation has put such an emphasis on on-time performance that we pretty much aren’t allowed to delay a flight anymore, even if there are 20 people on a connecting flight that’s coming in just a little late.” -Commercial pilot, Charlotte, North Carolina

What We Want You to Know

“Some FAA rules don’t make sense to us either. Like the fact that when we’re at 39,000 feet going 400 miles an hour, in a plane that could hit turbulence at any minute, [flight attendants] can walk around and serve hot coffee and Chateaubriand. But when we’re on the ground on a flat piece of asphalt going five to ten miles an hour, they’ve got to be buckled in like they’re at NASCAR.” -Jack Stephan, US Airways captain based in Annapolis, Maryland, who has been flying since 1984

“The two worst airports for us: Reagan National in Washington, D.C., and John Wayne in Orange County, California. You’re flying by the seat of your pants trying to get in and out of those airports. John Wayne is especially bad because the rich folks who live near the airport don’t like jet noise, so they have this noise abatement procedure where you basically have to turn the plane into a ballistic missile as soon as you’re airborne.” -Pilot, South Carolina

“At some airports with really short runways, you’re not going to have a smooth landing no matter how good we are: John Wayne Airport; Jackson Hole, Wyoming; Chicago Midway; and Reagan National.” -Joe D’Eon, a pilot at a major airline who produces a podcast at flywithjoe.com

“I may be in uniform, but that doesn’t mean I’m the best person to ask for directions in the airport. We’re in so many airports that we usually have no idea.” -Pilot for a regional carrier, Charlotte, North Carolina

“This happens all the time: We’ll be in Pittsburgh going to Philly, and there will be a weather delay. The weather in Pittsburgh is beautiful. Then I’ll hear passengers saying, ‘You know, I just called my friend in Philly, and it’s beautiful there too,’ like there’s some kind of conspiracy or something. But in the airspace between Pittsburgh and Philly there’s a huge thunderstorm.” -Jack Stephan

“You may go to an airline website and buy a ticket, pull up to its desk at the curb, and get onto an airplane that has a similar name painted on it, but half the time, you’re really on a regional airline. The regionals aren’t held to the same safety standards as the majors: Their pilots aren’t required to have as much training and experience, and the public doesn’t know that.” -Captain at a major airline

“Most of the time, how you land is a good indicator of a pilot’s skill. So if you want to say something nice to a pilot as you’re getting off the plane, say ‘Nice landing.’ We do appreciate that.” -Joe D’Eon

“Cabin air is not as dirty as people think. A portion of the air is recirculated because that helps to reduce humidity. But it’s run through hospital-quality HEPA filters, and it’s actually cleaner than the air found in most public buildings.” -Patrick Smith, commercial pilot and author, askthepilot.com

“No, it’s not your imagination: Airlines really have adjusted their flight arrival times so they can have a better record of on-time arrivals. So they might say a flight takes two hours when it really takes an hour and 45 minutes.” -AirTran Airways captain, Atlanta

“It’s one thing if the pilot puts the seat belt sign on for the passengers. But if he tells the flight attendants to sit down, you’d better listen. That means there’s some serious turbulence ahead.” -John Greaves, airline accident lawyer and former airline captain, Los Angeles

“There’s no such thing as a water landing. It’s called crashing into the ocean.” -Pilot, South Carolina

“A plane flies into a massive updraft, which you can’t see on the radar at night, and it’s like hitting a giant speed bump at 500 miles an hour. It throws everything up in the air and then down very violently. That’s not the same as turbulence, which bounces everyone around for a while.” -John Nance, aviation safety analyst and retired airline captain, Seattle

“Is traveling with a baby in your lap safe? No. It’s extremely dangerous. If there’s any impact or deceleration, there’s a good chance you’re going to lose hold of your kid, and he becomes a projectile. But the government’s logic is that if we made you buy an expensive seat for your baby, you’d just drive, and you’re more likely to be injured driving than flying.” -Patrick Smith

When Not to Worry

“Pilots find it perplexing that so many people are afraid of turbulence. It’s all but impossible for turbulence to cause a crash. We avoid turbulence not because we’re afraid the wing is going to fall off but because it’s annoying.” -Patrick Smith

“People always ask, ‘What’s the scariest thing that’s ever happened to you?’ I tell them it was a van ride from the Los Angeles airport to the hotel, and I’m not kidding.” -Jack Stephan

“I’ve been struck by lightning twice. Most pilots have. Airplanes are built to take it. You hear a big boom and see a big flash and that’s it. You’re not going to fall out of the sky.” -Pilot for a regional carrier, Charlotte, North Carolina

We Don’t Get It

“Most of you wouldn’t consider going down the highway at 60 miles an hour without your seat belt fastened. But when we’re hurtling through the air at 500 miles an hour and we turn off the seat belt sign, half of you take your seat belts off. But if we hit a little air pocket, your head will be on the ceiling.” -Captain at a major airline

“If you’re going to recline your seat, for God’s sake, please check behind you first. You have no idea how many laptops are broken every year by boorish passengers who slam their seat back with total disregard to what’s going on behind them.” -John Nance

“There is no safest place to sit. In one accident, the people in the back are dead; in the next, it’s the people up front.” -John Nance

“If you’re a nervous flier, book a morning flight. The heating of the ground later causes bumpier air, and it’s much more likely to thunderstorm in the afternoon.” -Jerry Johnson, pilot, Los Angeles

What Really Drives Us Crazy

“Please don’t complain to me about your lost bags or the rotten service or that the airline did this or that. My retirement was taken to help subsidize your $39 airfare.” -Pilot, South Carolina

“Here’s a news flash: We’re not sitting in the cockpit listening to the ball game. Sometimes we can ask the controllers to go to their break room to check the score. But when I fly to Pittsburgh on a Sunday afternoon, the passengers send the flight attendants up at least ten times to ask us the Steelers score.” -Commercial pilot, Charlotte, North Carolina 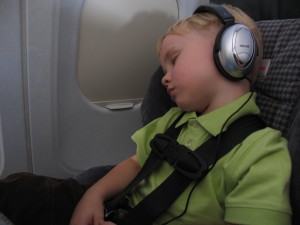 “We don’t make you stow your laptop because we’re worried about electronic interference. It’s about having a projectile on your lap. I don’t know about you, but I don’t want to get hit in the head by a MacBook going 200 miles per hour.” -Patrick Smith

“People don’t understand why they can’t use their cell phones. Well, what can happen is 12 people will decide to call someone just before landing, and I can get a false reading on my instruments saying that we are higher than we really are.” -Jim Tilmon

“We’re not trying to ruin your fun by making you take off your headphones. We just want you to be able to hear us if there’s an emergency.” -Patrick Smith

“We ask you to put up the window shade so the flight attendants can see outside in an emergency, to assess if one side is better for an evacuation. It also lets light into the cabin if it goes dark and helps passengers get oriented if the plane flips or rolls over.” -Patrick Smith

It’s Not All Glamour Up in the Air

“When you get on that airplane at 7 a.m., you want your pilot to be rested and ready. But the hotels they put us in now are so bad that there are many nights when I toss and turn. They’re in bad neighborhoods, they’re loud, they’ve got bedbugs, and there have been stabbings in the parking lot.” -Jack Stephan

“We miss the peanuts too.” -US Airways pilot, South Carolina