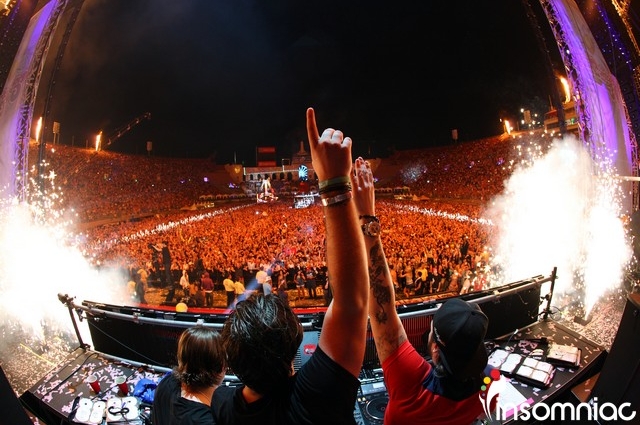 With the recent news of Electric Daisy Carnival (EDC) moving from Los Angeles to Las Vegas, plenty of EDC fans were torn between an old, familiar city and a new city. If you didn’t know, EDC is an annual electronic dance festival held in Los Angeles at the last weekend of June. EDC began in Los Angeles in 1997 and has grown as a three-day music event this upcoming June 2011. Some criticized the move since the attendees have grown to love the city where the festival was born. Others weren’t very happy that an event is being held in a warm desert city (nobody wants to sweat!).

Personally, I thought the move was a great idea. Las Vegas is the city that never sleeps and only fits EDC’s party attitude (with the event’s parent company appropriately named “Insomniac”). Las Vegas’s weather also doesn’t normally drop below 70F at night time in the summer, and it gives me an excuse to finally dress up in my old go go dancing outfits. I get cold easily and would rather dress comfortably at such an event, so I’ve been wearing jeans and hoodies. Planning my fun, colorful outfit with my girls for this year’s event has been all kinds of exciting. At the same time, I am going to miss the Los Angeles Memorial Coliseum. Every time I see a picture of the event, it always has a colorful stage on one side followed by a stretch of people, colorful carnival rides at the end, and stairs on the other side. When I see a picture like this, I know exactly what music event it is. It’s almost like they’ve branded the EDC look. 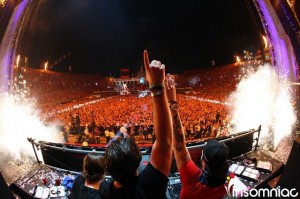 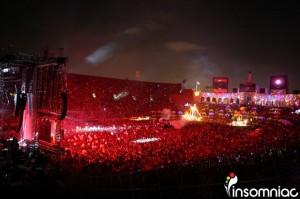 The anticipated promo video was released this week, and I was mind blown. The videography and the editing are beyond amazing. I’ve always thought that the designers do an awesome job with their promotional fliers and posters, and their promo video did not disappoint. It made me accept the decision to move to Las Vegas even more. I present to you, the promo video:

My friends and I are very excited and have purchased make up and fabric for costumes already! We booked a hotel weeks ago, and we’re ready to take the party from A to V! With that said, I wanna know, how many of you are going to EDC this year? What did you think of the EDC video? Were you one of the people upset about the move to Las Vegas? How excited are you? Please share!