With all the snowboarding and festivals we go to, it’s about time Ray and I went on a relaxing trip together. This year, we agreed on spending our two year anniversary at SeaWorld San Diego. What better way to spend an anniversary together than to look at cute sea creatures do tricks? We saw four shows: Pets Rule, One Ocean, Sea Lions Live, and Blue Horizons.

The first hour of being at SeaWorld, I waited to pet a dolphin. I tried reaching for one that was entertaining the crowd next to me, “Come here already!” It started to swim away, and my attention-lover self was getting so frustrated. It turned around, and as I was losing hope, it splashed me! I stepped back in shock along with the others next to me. It got so cold! Good thing I was wearing 3 layers of clothing! After the shock, the dolphin let me touch him for a second. Shivering, I knew that the day was going to be an adventure. 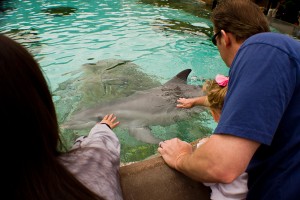 Pets Rule was one of my favorites! It was filled with different types of rescued animals, dogs, cats, birds, pigs, doing funny and amazing tricks! It was definitely written to make the audience laugh. It’s amazing that these animals were rescued from dangerous situations and became actors on stage. 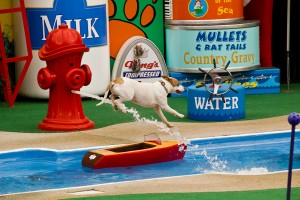 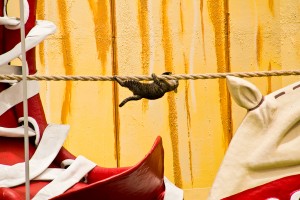 One Ocean is probably one of the most popular as this is where you get to see Shamu! Plenty of killer whales are in the pool to put on a show. The trainers join Shamu in a choreographed dance on stage. Seeing such a big animal next to humans was a little scary, but amusing at the same time. 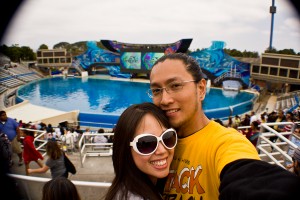 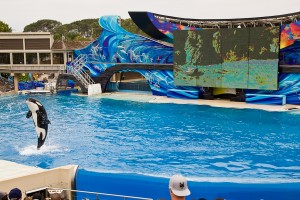 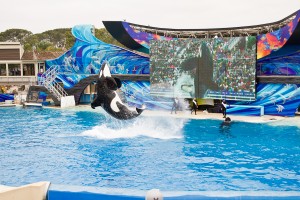 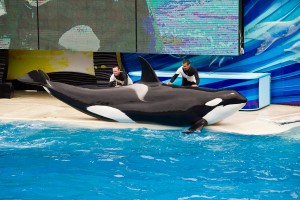 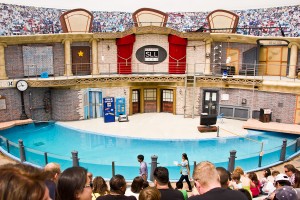 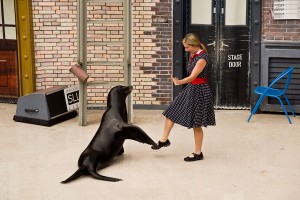 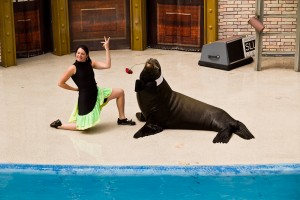 The last show we saw was Blue Horizons. This one was a fairy tale with good guys and bad guys. The people were much more decorated at this show than the others. It was a bit too whimsical for my taste. Maybe because it was the last show we saw, and we were already tired. Seeing dolphins swim makes you wanna be in the water with them though! They are very gracious animals, creating rainbow shapes when they jump out of the water. They are so photogenic! I was jealous when the actors got to stand on the dolphins as they swam across the pool! It made us wanna plan a trip to the Bahamas to swim with dolphins! 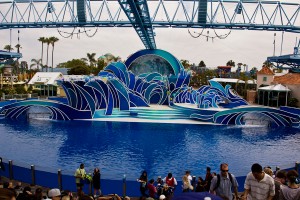 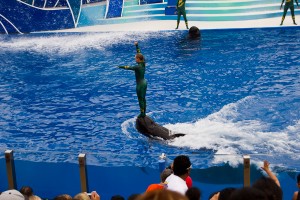 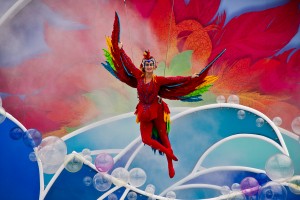 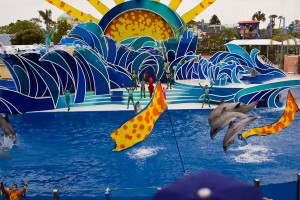 We also went to the Wild Arctic to see some polar bears! Unfortunately, the bear was sleeping and hiding from us. 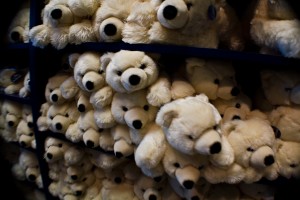 We can’t go to an amusement park without visiting the food stands! The hot dog was the best!

It was an overall enjoyable and relaxing visit to San Diego. The best part of this amusement park? You can sit and wait inside with the rest of the audience for the shows to start. No standing in line in the heat! Eat, wait, be entertained, repeat.

Have you ever been to SeaWorld? What was your favorite part? Did you get to pet a dolphin?

Read about their conservation efforts.