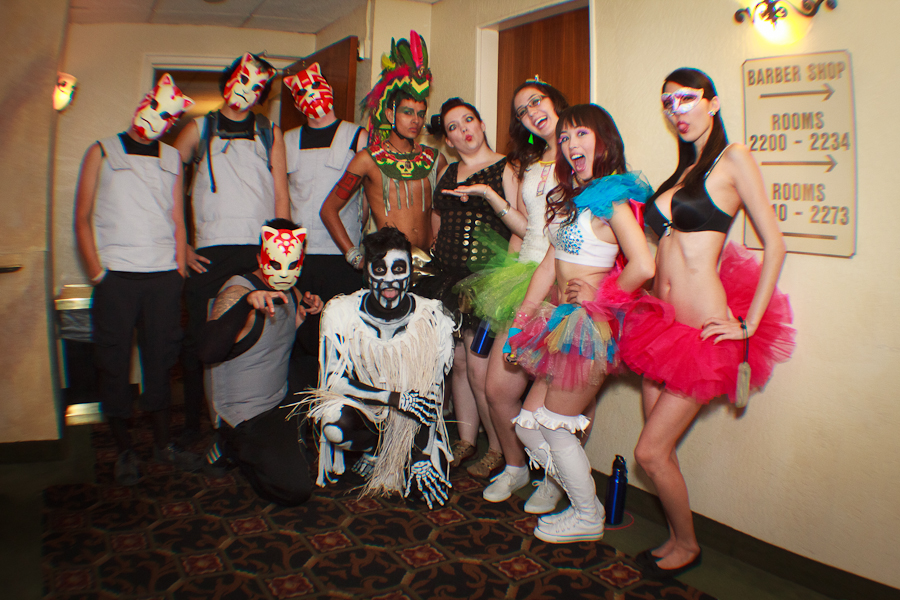 As soon as we decided to attend Electric Daisy Carnival in Las Vegas, the idea of costumes came immediately. Halloween is one of my favorite holidays because I love making costumes and wearing them! I will find an excuse to make a costume. If you’re a bit shy about this, try it once in your life. You might find it more enjoyable than you think!

Why you should make a costume for any event:

New Skill Acquired – Some things are easier than you think. When I hear people say, “I don’t know how to sew,” I’m always surprised. In my world, sewing is easier than most people think. Ray and his brother, Jan, both learned how to sew for this event. Although they did break two sewing machines (boys will be boys), they can now say, “I know how to sew!” You don’t have to be a professional to make simple costumes. The girls also learned how to make tutus! This is also surprisingly easy. The great thing about trying a new skill nowadays? There’s always YouTube to show you!

Project Designer – Have you ever gone shopping at the mall, find something that fits you right, and then, “I wish it didn’t have this weird thing on the front.” When you make your own costume, you can design it to your liking! Although some visions don’t transfer directly onto fabric, the costume is yours and yours only. You can tweak it any way you want. It is customized to your fit and your taste.

Processing… – As you are working through your costume, it starts to look more and more like your vision. You get little rewards every day seeing the costume come alive. Every day someone says, “Wooot!” or “Eeep!!” from the excitement of seeing a project get closer and closer to getting done. The process can be just as fun as the end result!

To Be or Not To Be – Let’s face it, a lot of costumes are based on characters from comics, shows, or movies that you fancied. Now you get to be that character! The four boys did Anbu from Naruto, and now they get to act like it! 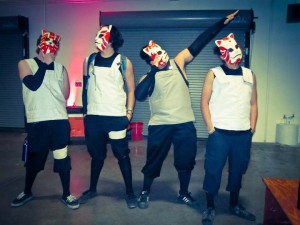 Five Minutes of Fame – A lot of props were given to our Aztec warrior (inspired by the movie, Apocalypto and Cher’s Half Breed video) and plenty of pictures were taken with random strangers who loved this costume. It is unique, and it rocks! Anbu was also very popular at the event. (Oh! Those anime addicts!) When you have an interest in these characters, other people who have the same interest will automatically come to you. You don’t have to look for them. You’ll meet plenty of people, and they’re gonna be awesome for adoring you. One highlight of my night was when I met a fellow tumblr! I recognized her for the cute daisy make up she posted a couple of days before EDC. Such a cute outfit! Follow her on addicted-tothescene.  Get cute. Get Famous!

Pride – You have every right to be proud about the costume you made. No one else has it, and you look sexy! Get down with your bad self!

Friday Night costumes weren’t well photographed as we rushed to the event. Don’t make the same mistake we did! Don’t forget to take pictures! Left to right for the ladies: Purple lace tutu, Hula Girl, Strawberry dipped in chocolate. The strawberry top can be reused, and I’m proud of it!

For more pictures of the event: RayDesigned EDC 2011

What did you wear at EDC this year? What costume are you most proud about? If you didn’t wear a costume this year, what costume did you like at the event?