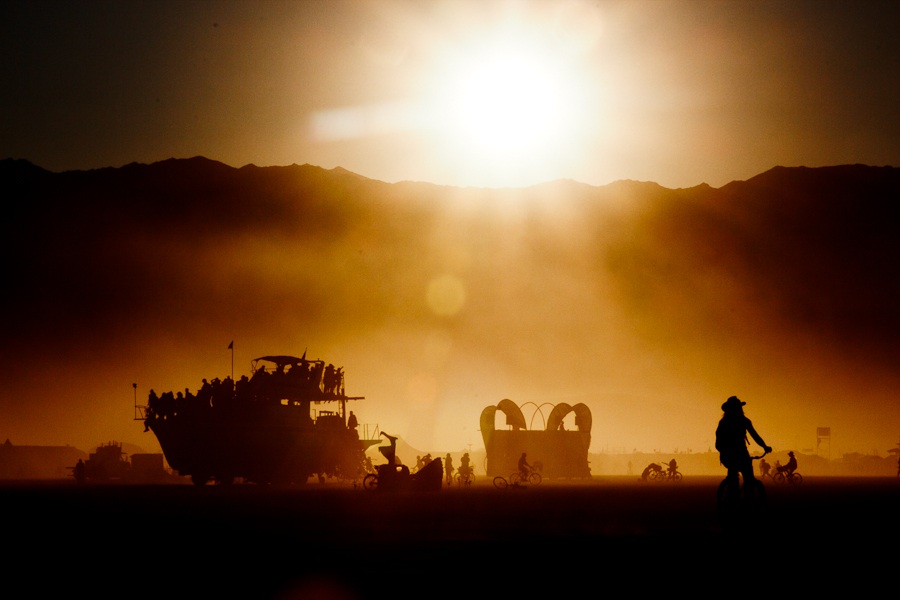 “This place is so dusty…People are so naked.”

People have plenty of misconceptions about Burning Man. It’s not about hippies or druggies. In fact, I smell more ganja in my college town than I ever smelled at Black Rock City. Just think of the perfect world. How do you think people should be in the perfect world?

People should be nice. Everyone was nice at BRC, and every single person who gave a hug, gave the most genuine bearhug.

People should not be judgmental. Everyone at BRC smiles, and they look at you in awe instead of in judgment.

People should be generous. Everyone at BRC has something to offer; it’s a gifting economy, and everyone is genuinely thankful.

People should be beautiful. Trust me, everyone at BRC were beautiful.

All I have to say is: You’ve got to meet these people. For once, you’ll know the definition of genuine. 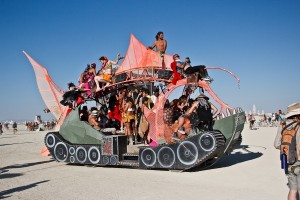 The Best Things About the Playa – A First Timer’s Perspective

Time doesn’t matter – When we reached the gates after a 16 hour drive, we were instructed to go 5mph in order to keep the playa dust from flying everywhere. We were so anxious, but it taught us to slow down. We parked, got dressed, and biked around. We felt new to the city. We took a nap to rest, and then we forced ourselves to party later that night no matter how tired we were. I ended up feeling nauseous after only an hour of being outside at night since we didn’t give our bodies time to rest. After resting that night, the next day was a hundred times better. We woke up when we wanted to (without an alarm), we got dressed the way we wanted to, we took as long to eat as we wanted to, and we went outside. We came back when we felt like napping. We slept as long as we wanted to, got dressed the way we wanted to, took as long to eat as we wanted, and we partied that night. On the playa, time moves as slow as you want it to. We hardly ever looked at the time, yet we still got to do everything we wanted. It was the most liberating feeling not having to set an alarm. Not having to be anywhere at any time. So, don’t force yourself to do something you’re not ready to on the playa. There is enough time. 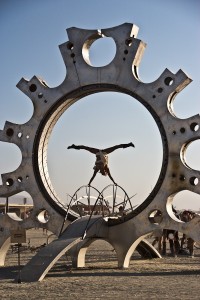 Beautiful People – When people are allowed to dress however they want, do whatever they want, say whatever they want, show whatever they want, and not get judged for it by anyone, people are generally happier about themselves. Happy and confident people are who you tend to hang around with in the real world, and at Black Rock City, everyone is happy and confident. Turns out, when people are confident, they look the most beautiful. No matter the gender, the age, the sexuality, the size, happy people are beautiful people. In fact, this is a people watcher’s heaven. It’s the sexiest women you’ll ever see, and the nicest guys you will ever know. Ray brought his camera to do photography for the art installations. He learned very soon that it’s not the art, it’s the people that he wanted to take pictures of. People are beautiful. In fact, these three days were the most myself I’ve ever felt in my life. And guess what? People accept you for who you are. No worries.

Everything you see is awesome – and they get better. And know what? They get better, again. And after that? They get better after they’ve already gotten better and better! Plenty of times I said, “This is the best thing ever!! And I mean it! I really mean it!” And I wanted to cry about it because it was sooo good! From the art installations, to the bars, the clubs, the camps, the people, they get better. You’d have to be there to know. 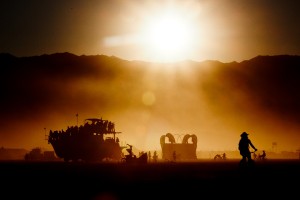 It’s photogenic and very inspirational – Everything is art at Burning Man. You’ll see something, and you’ll think, “Somebody made THAT?!?! I can do…” or “Someone’s doing that? I wanna do that!” and there’ll be someone who can teach you. Be careful about bringing someone who gets easily inspired. Their head might explode.

It’s a massive party – day and night, people wanna have a good time. It’s a party with 50,000 people who are all nice and wanna share good memories with you. Everything people have made is for you to have an amazing time. You have to try not to have fun here. A party filled with the nicest people, the sexiest people, the funnest people, the greatest art, the greatest DJs, etc etc. Sound like a dream come true? It’s unreal.

Nothing is too crowded – With over 50,000 people, you’d expect the bars and clubs to be crowded, right? Wrong. It may be the 5th largest city in Nevada, but there are so many things to do that people are scattered. This means, you get front row to everything. You get to see the art work as close as you want to, feel the heat of the fire from the fire dancers as close as you want to, feel the bass of the speakers from the stage as much as you want to, get front line to the bar, etc. It doesn’t feel like a concert where people are smashed next to each other, and it’s a battle to get to the front. The only thing that was a bit crowded was to see the man burn. But what do you expect? It’s called Burning Man. And we still managed to get an amazing view. Why is the playa so good to everyone?

Only those who make the effort to go can make the best of it – The playa is far. It’s extremely hot, then it’s extremely cold. There’s no water, no food. You have to spend the money to get to Burning Man with the right living situation. So only those who can handle the far drive, the dirt, and the money to spend to go to this event are the people who are passionate and open minded enough to do something like this. The playa weeds out the people who don’t really wanna be there or who aren’t really open to camping at a place like this, or who don’t wanna try hard to get here. You spend so much time, effort, and money that when people get to Black Rock City, they make the best of it. It’s a collaboration of artists who can afford what they made for you and have the greatest passion to show it to you…for free! Artists probably wouldn’t pay for the tickets to create something that costs them even more money just to drive hundreds of miles to show people what they created. They’re really passionate about showing you their art. We saw the best artworks for free. It’s a gift to us. (The tickets to Burning Man pays for the security and the health necessities required by the state). This is why you only see the best of the people and the best of the artwork.

Burning Man – Dripping in Gold from Rich Van Every on Vimeo.

We learned a lot in the three days that we spent there. I definitely wanna come back to this city with more to give. With freedom to do whatever you want, it’s really the way life is intended to be. And if you don’t wanna be a part of it, then you’re not ready. And that’s okay.

5 thoughts on “The Best Things About Burning Man”