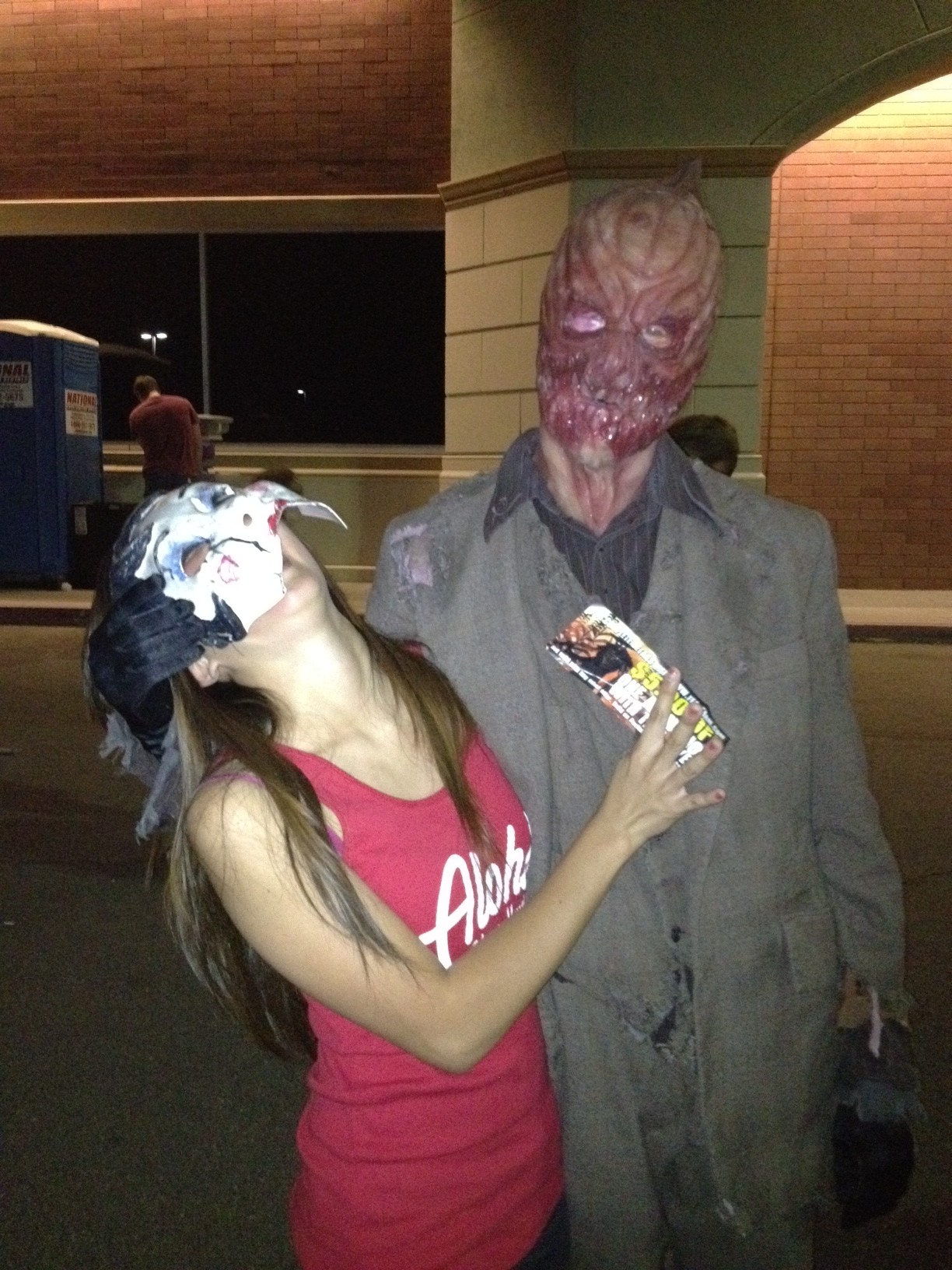 Buy VIP vouchers from Costco and save money! We got a voucher for 2 VIP tickets for $40. VIP tickets get you to skip the long lines!

I love haunted houses and getting scared, so we agreed to join Kim and Geoff at one of the new local haunted houses we have in the valley. The 13th Floor Haunted House, although not so scary, was a blast! Here’s a short review if you’re thinking about going.

I was mostly trying to scare myself in this haunted house. It wasn’t scary because the people in front of us were too close, and we knew what was coming. The person in the front gets the surprise scare first. This seems to be a common problem with haunted houses. It was also kind of repetitive at times because they hired a lot of actors, so you’ll be walking around with actors jumping at you at random times. They relied on the actors to be scary, so there weren’t a lot of props for scare. There was one surprising thing that I had never seen in other haunted houses, but I won’t say it to avoid spoiling it for those who plan on going. The music was a bit too epic, according to Ray, and we all agreed that it would’ve been scarier if there was only ambient noise. To me, if things are silent, your mind thinks something scary is gonna happen, and you get even more anxious and scared! But the music was loud and very theatrical. Overall, it wasn’t very scary unless maybe if you’re front in line. 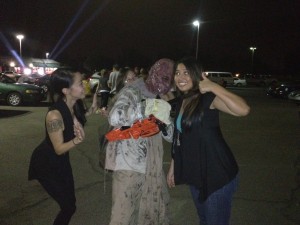 The detail on this haunted house was pretty awesome. The make up for the actors were well done, and I thought one of them was a fake doll! She was real! They had different themes per room and they definitely worked on the design. The clown room was the brightest and stuck out the most. The glow in the dark graffiti was incredible, and I can imagine it took a long time to paint. My only complain is that I wish there was a variety of props to scare the visitors with.

Like I said before, I wish the music wasn’t so theatrical. They also didn’t have airconditioning inside the haunted house, so try to dress cool if you’re planning on going. I felt bad for the actors who had to be in there. Some of the actors improvised well and made it fun for the visitors. One of them whispered to Sarah, “Covering your ears isn’t gonna make us go away!” 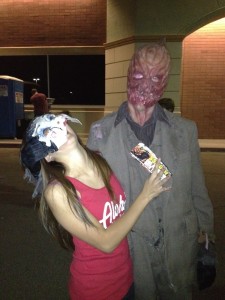 I rate this haunted house as average. What they missed out on the scare tactics, they made up for in design. We went on a weekday, so the lines were short. If you want to be scared, this isn’t the place to go. If you’re up to just having fun with a few friends, then you can check this place out. And no, there aren’t literally 13 floors in it!