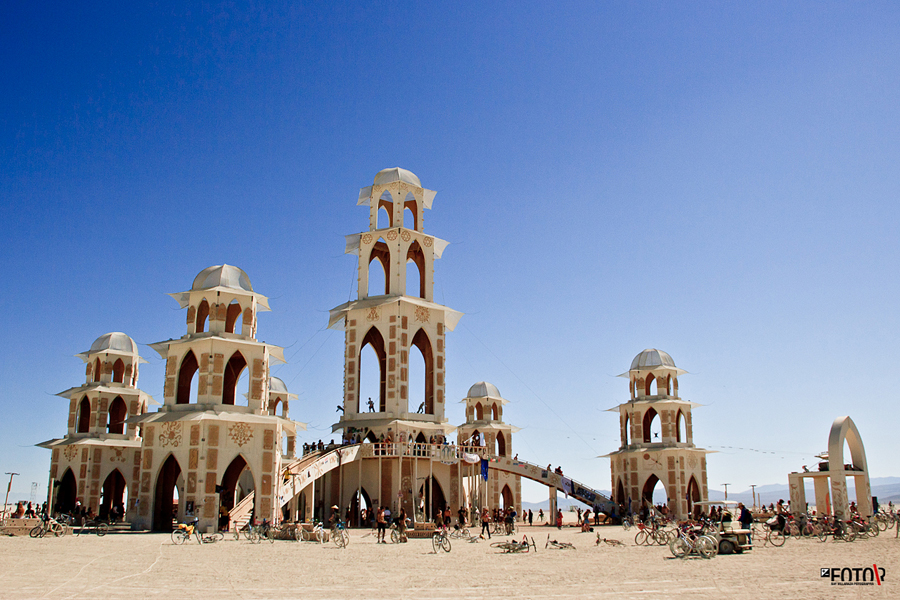 Many people say that the temple is the heart of Burning Man. Although a temple is built every year, the Rites of Passage theme for the 2011 festival highlights the Temple of Transition. Burners leave their messages annually on the temple for someone they have lost. It was our first time at Burning Man this year, and setting foot on this temple, we could feel that it was special. What made it even better for me was the fact that the center of the temple had chimes that played the most comforting music that lulled you towards acceptance. It echoed and hugged you saying, “Everything will be just fine.” 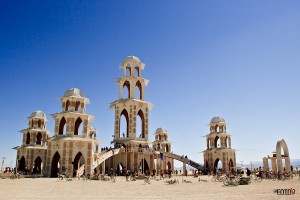 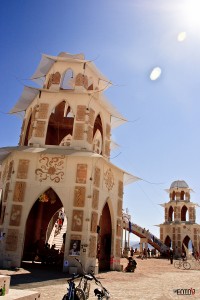 While watching the man burn on Saturday night, I stood in front of two people who conversed about past Burning Man festivals. They spoke about what it was like back in the 90s to what it became today. As a first timer, it was as if I was meant to eavesdrop on them to get a recap of what Burning Man was like before the man burned that night. Then, they agreed that this year’s Temple was probably their favorite. They agreed that it was the biggest, and it was well designed. I felt ultimately lucky that my first temple experience was a favorite by those who have gone many years! The craziest part about the heart of Burning Man is that after visitors have written messages, cried to themselves, and said their goodbyes, the temple gets burned on Sunday night. It symbolizes letting go. Maybe the visitors can get a closure from the most difficult and emotional rites of passage. Maybe they can accept the occurrence. It also symbolizes Burning Man’s gifting community. This grand temple was built for the people in Black Rock City. No one else needs to see it.

I didn’t see the Temple burn. I can imagine that it is completely different from Saturday night’s burning of the man.

Although it’s very difficult to explain the temple’s unique aura, Ian Mackenzie did a great job explaining through his film, Dear Temple of Transition.

Even though I did not leave a message, it had a very powerful impact on me. It was life-changing.

Ever been to Burning Man? What did you think of the temple? What has been your favorite temple from the past years?