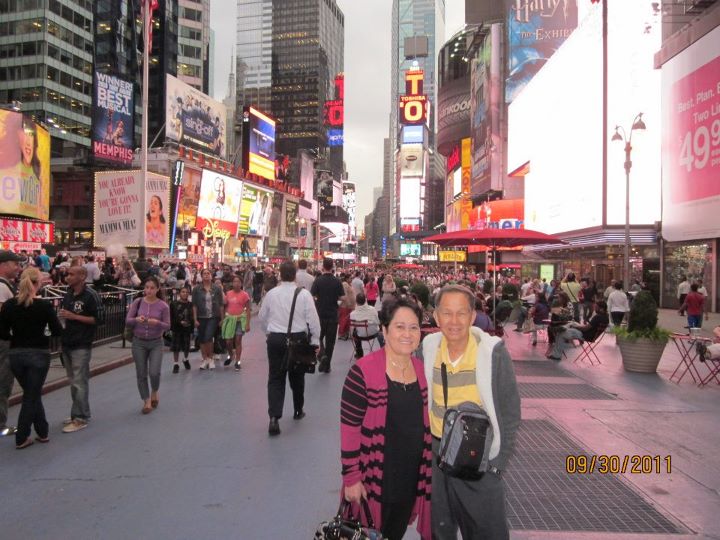 Living in a world where life’s simple necessities are within easy reach, it’s often difficult to stop and appreciate it every once in awhile.

As I’m sitting in my cubicle contemplating what career path I’m going to take and what city I wanna move to, I realize again and again that the hardest part is making a decision. Because once that decision is made, the plan to make it happen is the next step, and I know it’s achievable. That’s what makes traveling so easy for me. I pick a place, budget, save up, book a hotel and flight, then go. Repeat. What made my life so easy? My parents are a big part of it. 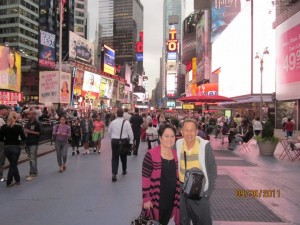 I know that if I wanna move to a different city, I’m going to have to sacrifice a lot of money. And if I move, I’d have to start over with job searching. What if I don’t get the job I want? It’s a big headache having to think over such a moment that can change everything. This is exactly what my parents probably had to contemplate when they made the move from the Philippines to America. I know that they had to sacrifice what they already had and start life all over again. Who really likes doing that?

With all the blessings that I’ve had lately in my life (traveling, a well-paying job, awesome friends, hilarious family, a condo, finding “the one,” etc. etc.), it had to start somewhere. I can imagine that beginning wasn’t a walk in the park. It took an entire decade to make the move to Arizona to unite with our extended family. I’m sure that there were stacks of paperwork that had to be filled, rubber band banks that had to be spent, and colossal headaches that had to be eased. I can’t just get away with sitting in a cubicle for 38 hours a week updating my facebook, writing this article, and laughing at jokes on tumblr. I can’t just get away with leaving to a festival somewhere almost every month to party til I drop. I can’t just get away with this easy of a life without thanking someone. And with every generation, life seems to just get easier and easier. 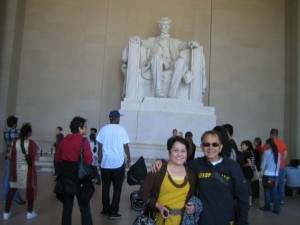 I now understand, to some extent, that for a teenager to leave the house, worry must loom around parents’ heads. I was that teenager with strict parents (they love me too much!). Now, I leave the state. All. The. Time. There is something about happiness that traveling brings. A couple of months ago, Ray offered his parents a cruise of their choosing, and this gratitude made me think. (I have him to thank for all the lessons I’ve recently learned, but that’s another story.) 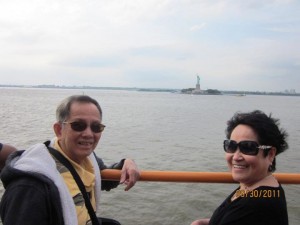 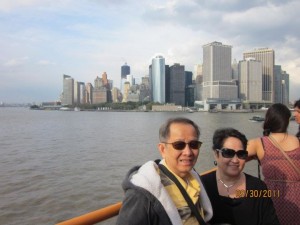 I just wanna share the benefits of traveling with my parents who must be perplexed about my constant adventuring. Seeing the iconic Statue of Liberty last December (a surprise gift from the awesome boyfriend) was the first time it hit me. I’m living in America. I want my parents to know how that felt. I want them to know why I’m so addicted to travel. Inspired by Ray’s actions, I decided to buy my parents tickets to New York as a birthday gift for my Dad. They deserve to finally live a little for all the sacrifices they made. 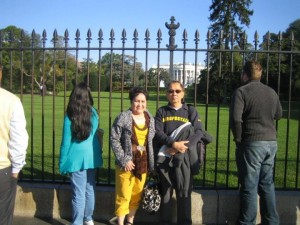 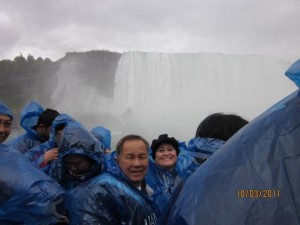 Lucky for me, we have family in New Jersey who offered a place to stay. This trip became cheaper than I had budgeted! (Good things happen when you’re thankful!) Guess what else? They were nice enough to purchase my parents a tour of the Niagara Falls, Philadelphia, and Washington DC. This has got to be one of the best birthdays in a long time!

When they came back, they were very excited and couldn’t stop talking about the trip. Sharing the gift of traveling? Accomplished. To the ones who deserve it the most.

My mom posted and messaged on Facebook thanking me over and over, again. And I can tell my Dad is thankful when all he wants to do is show me pictures. It feels good to give thanks.

So I invite you to stop and appreciate your easy life. Who are you thanking during this holiday season?