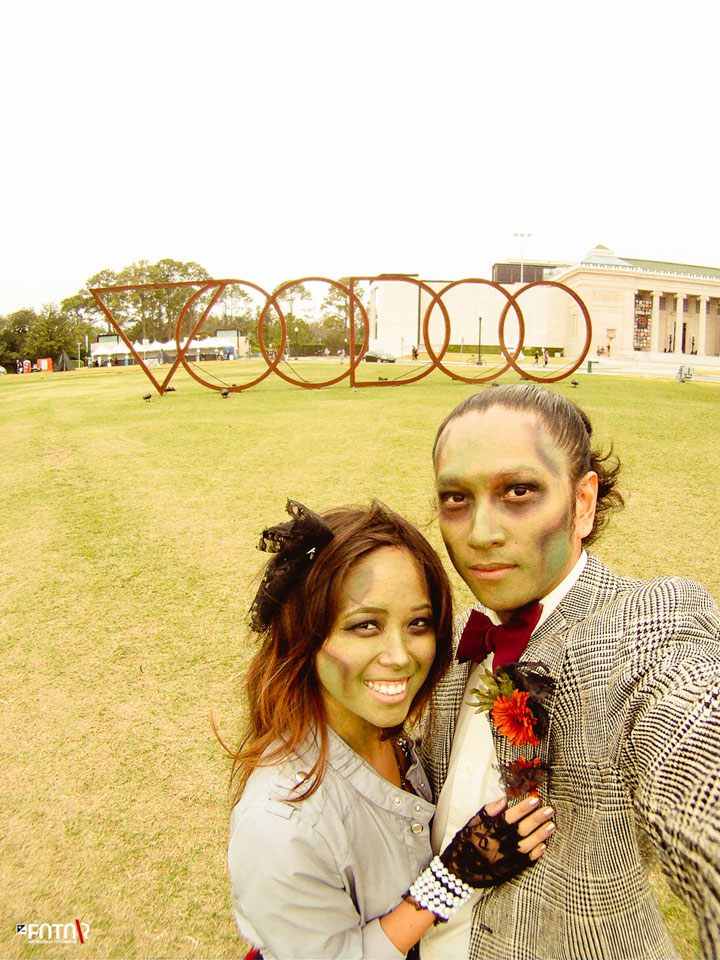 Due to my recent trip to Hawaii, Ray and I barely had time to create a costume this Halloween season before taking off to New Orleans.  It was going to be our first music festival in the east coast, so we had to participate. We didn’t wanna buy a costume because they tend to get expensive, only to be worn once, so we decided on making the costume. There were a couple of things to consider: comfort, warmth, expense, and how quickly I can make the costumes! We thought of stewardess and pilot and Little Red Riding Hood and the wolf. Both were too difficult for the short time that we had. One night, it hit me: 80’s prom zombies!

Zombies seem to always be a part of pop culture, and they’re not gonna go away. They’re evolving in movies like, although not exactly zombies, 28 Days Later and I Am Legend. One of my favorite zombie movie is Fido because it added a funny twist to zombies that I had never thought about! So, we figured that being 80s prom zombies would be a fun way to celebrate Halloween.

I had to get inspiration, so I googled 80s prom to see how easy this costume is going to be. I found inspiration from this outfit: 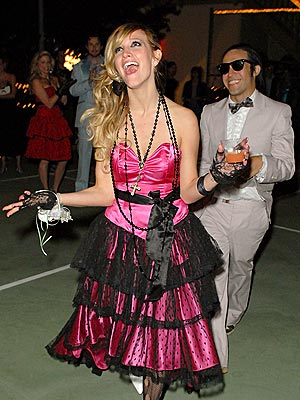 I rummaged through my closet and found an old, red, high school, homecoming dress that I never wear anymore. All I had to do was add lace ($4) and accessories, accessories, accessories. The best part about making a zombie costume? It doesn’t have to be perfect! The messier, the better! This works well with our schedule of 2 days to sew. 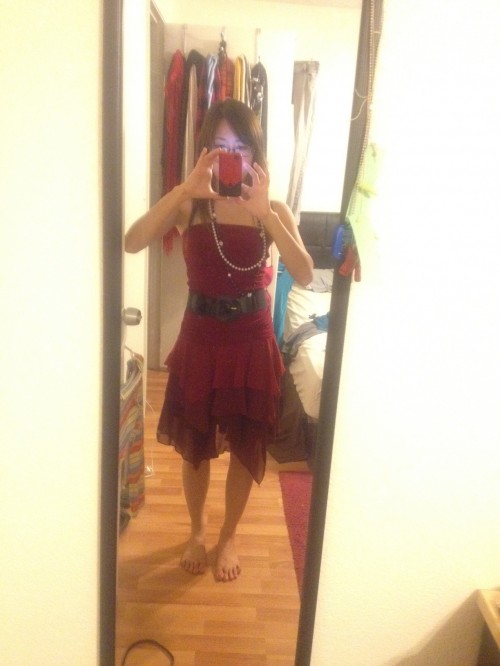 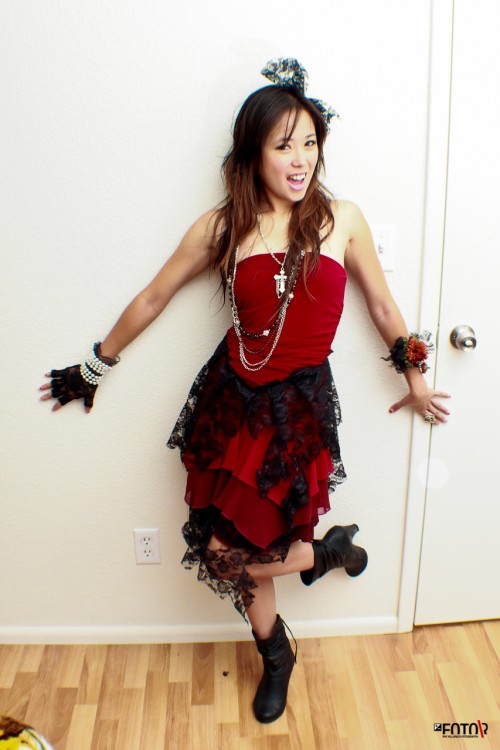 With Ray’s prom costume, all we were missing was a jacket. Guys are so much easier! We found this jacket at our local thrift store: Savers. It was a whopping $7. 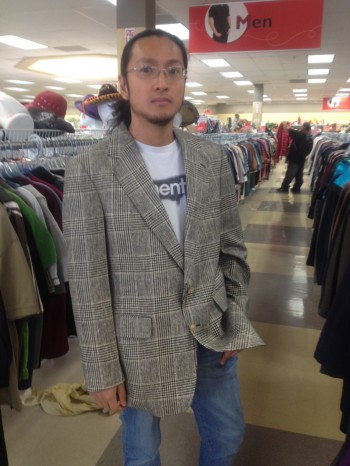 It wouldn’t be prom unless we had corsages. So I grabbed some fake, fall flowers ($1) that were on sale at Hobby Lobby. Fall season flowers look kind of dead, so this works to our advantage of being the undead. I used some of the excess lace, tore it up, and sewed some flowers and leaves on it. I cut up some of the petals and left one flower hanging on a thread for the worn out look. I made a matching corsage for Ray as well. 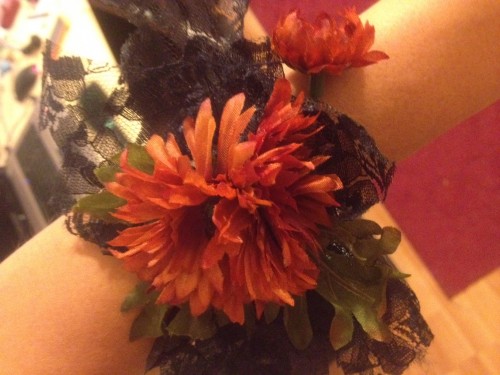 As you can see, we also added a bow tie to his costume. we purchased a bow tie from a costume shop and covered it up with fabric that I tore from the bottom of my dress. And voila! We match!

The fun part is the make up! I have never done full make up on myself or anybody, so I cringed the first time I had to apply the green make up on my face. But it was bombdigity! This is definitely not the last time I am covering my face with costume make up! I youtubed “zombie make up tutorial” and made sure that I could find an easy and quick one to apply. I knew that I would have to do quick make up since we’re gonna be busy site-seeing. The less time we work on the make up, the more time we have for New Orleans. I found this tutorial from Promise, and she has plenty of other awesome make up tutorials. Make sure to check them out! I’m telling you, they’re crazy! 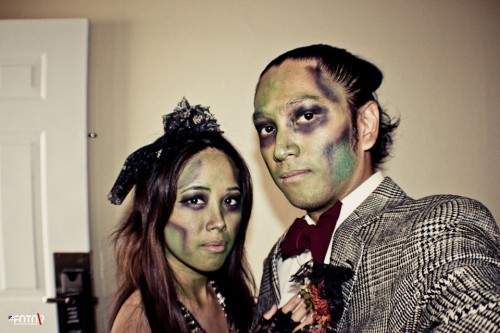 Instead of the white make up, we were able to find green make up ($1.50) which cut the preparation time in half. We also ended up not having enough time to put on the fake blood which was all right since time for sightseeing is more important at this point. Thank you Promise! This had to be the highlight of our costume! It was so much fun to do, and we got a lot of compliments for it!

As you can see, it covers all my points of importance: comfortable shoes, warmth of the black thermal pants (and the gray jacket I added later), cost of material (cheap!), and I finished adding the lace and sewing the corsages in two nights! Because the work didn’t have to be perfect, I just sewed what I needed and didn’t worry if the stitching was perfect or not.

The best part about the night? Major Lazer mixed Zombie Nation in his set! It took me over the edge of joyful! I knew that I was gonna regret it if we didn’t dress up for Voodoo Festival. We saw some amazing and creative costumes over there which I will be raving about in the next article. I’m sure that’s the article you were looking for! Stay Tuned! Pictures are almost finished!

How was your Halloween? What did you dress up as?