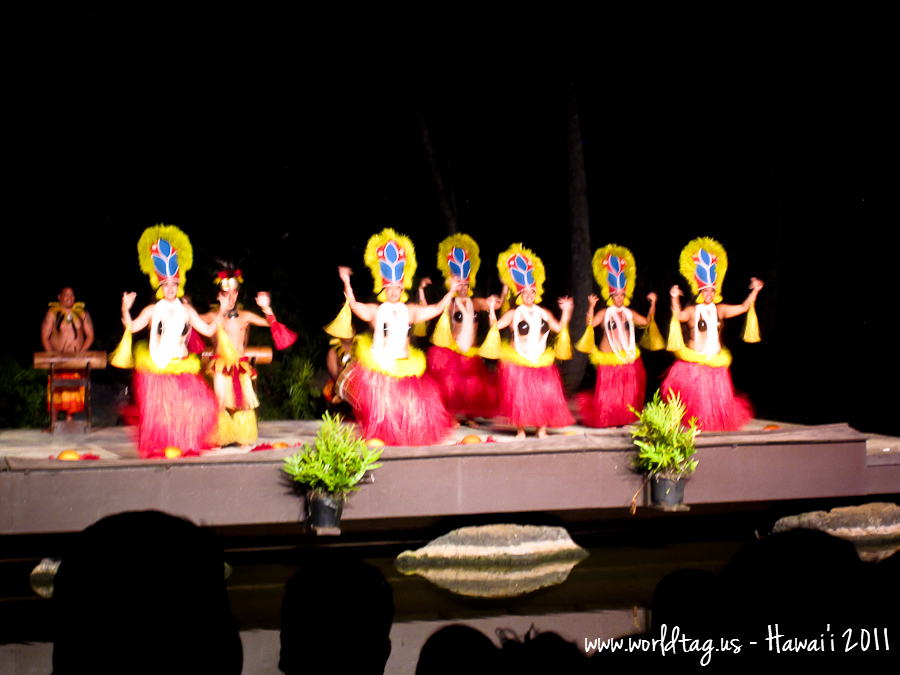 During my trip with Habitat for Humanity in Hawaii, we were lucky enough to have the Smith’s Family Luau on our itinerary. If you didn’t know, a luau is a Hawaiian feast filled with traditional Hawaiian food and entertainment. My first thought was, “Kalua pork? Hula and fire dancers?!?!?” I was excited! I thought it was a small gathering, but was I wrong! The Smith’s Family Luau is a business started 50 years ago. We joined the many groups of people who came to the event. I would love to have my birthday at a luau like this some time in my life! The place was beautiful enough to do engagement photos or get married at! It’s a mistake that I didn’t take enough pictures. I was in awe of everything. It was a tropical paradise. 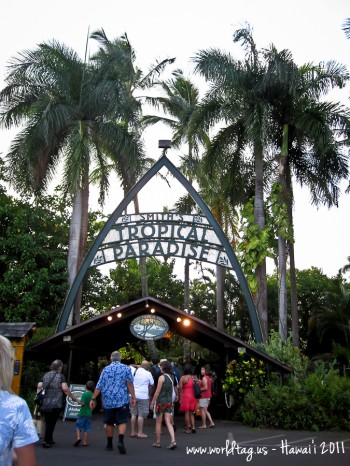 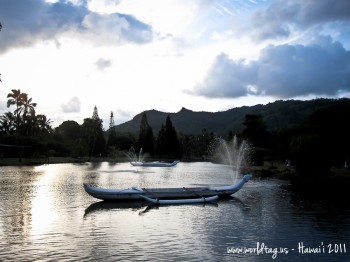 It started off with a tour of the garden which is designed to look like the different countries that found Hawaii and decided to settle on these islands. From the Filipinos to the Japanese, they teach you all about their influences to the Hawaiian culture. It was interesting to see how welcoming the Hawaiians are to other cultures. They all came here to help with plantations, and they came here peacefully. No wars were started and none of these countries tried to take over to rule the land. So they have these luaus that continue to teach people about the Hawaiian culture as well as the other cultures that inhabit Hawaii. A pretty refreshing idea compared to what I’m used to on the mainland. 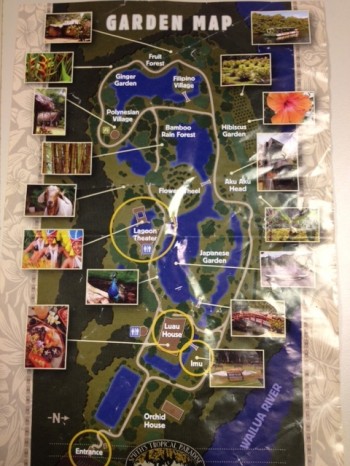 Next was the Imu Ceremony which is when the Kalua pork, the main course, is dug out from the underground oven. An imu is an underground oven that uses stones, coals, and layers of leaves to steam food. It looked like a lot of work digging out our meal! 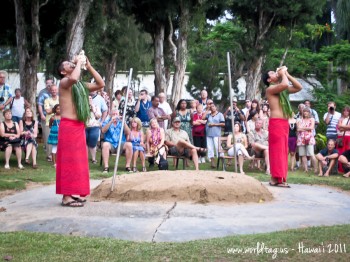 While the food was being prepared, we sat at our table listening to live Hawaiian music. The music is always so peaceful and happy. I can listen to them forever! Part of the entertainment was the announcer saying typical hula moves while the dancer demonstrates. Then, they asked for some volunteers to join in on stage for a choreographed dance. Representing the Habitat team was Taylor, Rick, and I!

Food was ready after that! I have said before that food in other countries taste delicious because they usually use fresh ingredients. Although Hawaii is not a different country, I would have to say that the food at this luau was one of the top five I’ve ever had in my life. There was a lot of food to be had and included the best fruits for dessert! How I miss our guava tree in the Philippines! I wanna go back just for the food! I even tried poi, and it was tasteless. It didn’t taste like wallpaper paste like a lot of people say. They’ll scare you from eating it, but it really didn’t taste like anything. The salad dressings in Hawaii are top notch. If you go to Hawaii, my advice is to try every food. You won’t regret it. I even declared, “I’m gonna move here and get fat.”

But the best is yet to come. There is a performance at the end of the night. Dancers, representing different cultures, perform a traditional dance. The stage was unbelievable. It wasn’t even a stage. It was a setting. I felt like I was watching a Broadway play. The background was set up with a volcano and fire actually came out of it when appropriate for the show. Pele, the Tahitian goddess, came out of the volcano in the beginning of the entire performance and spoke about how the people migrated to Hawaii. There was also waterfalls next to the volcano where a dancer would be on a spotlight. I can explain what the setting looked like, but it would not do it any justice. There was no flash photography allowed, so I came up with only a few good photos of the dancers. 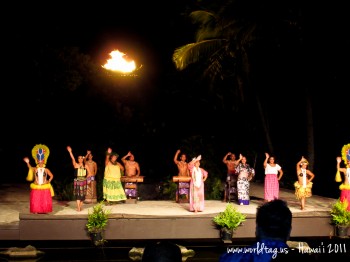 This is also where I learned that the roosters who wake us up in the wee hours of the morning were brought to Kauai by Filipinos. Before the performance of our traditional dance, the tinikling, a performer, dressed up in our traditional barong Tagalog, came out from the side of the stage with a rooster. He showed how a rooster can be put to sleep just by petting it lightly. It actually worked, and the audience laughed! If only we can get that guy to come to our Habitat house and put those roosters to sleep! I enjoyed learning a lot about the different cultures as well as watching the traditional dances. Of course, there were hula dancers and fire dancers. Just what I was waiting for! 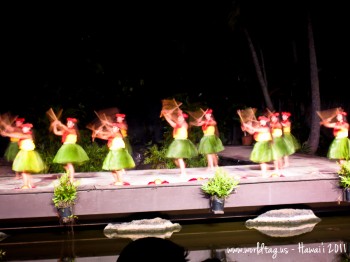 I can’t get enough of fire dancers ever since Burning Man! Maybe one day, I’ll be dancing with fire…Oh! And I wanna make this costume someday.

It was an amazing experience, and I would go back in a heartbeat if given the opportunity. After the entire show, I thought to myself, “This trip was worth every penny I paid!” Hawaiian food and entertainment? I’m there!

What’s your favorite thing about luaus?

Thanks to Amelie and AK for some of the pictures on this page!

2 thoughts on “A Luau at a Tropical Paradise”