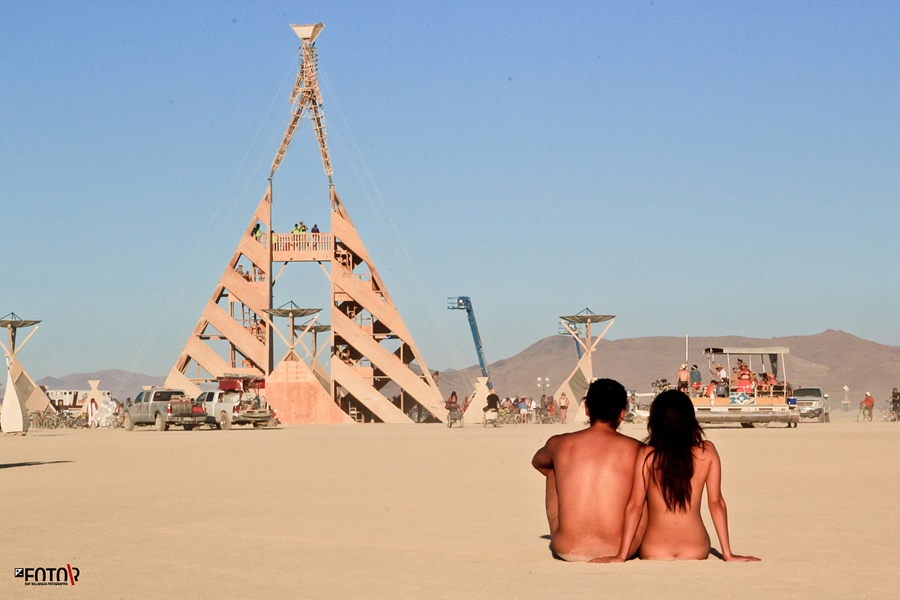 Everyone dances here simply because it feels good. Everyone.

Burning Man doesn’t feel like an event you go to. It’s a city. Black Rock City has what you see in any city. It has streets, bars, clubs, yoga tents, cafes, counseling camps, bums who sleep anywhere, spank camps, topless bicycle rides…oh wait. That’s what separates this city from anywhere else. You’re allowed to do whatever you want here, and people are respectable. The true meaning of freedom. It’s unlike any other world.

The Things I Learned at Burning Man: 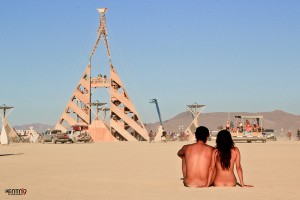 Life is too short to not be doing what you want – We watched Beyond Black Rock, the documentary, after returning home with an interview with Larry Harvey, the creator. He said, “I wanna write a script and have people act it. And people ask me, ‘What? You wanna be a screenwriter or something?’ No! I wanna do it for the sake of doing it!” Burning Man is a conglomeration of people who do what they want to do in a city and share it with everyone if they want to…all for free. Living in this world where people have to go to work because we have to make money, Burning Man is the only place where people are free to do what they wanna do instead of what they have to do. Do you remember what it feels like to do what you want for yourself? This city will remind you. It’s a familiar feeling, and you won’t know how much you missed it until it comes back. 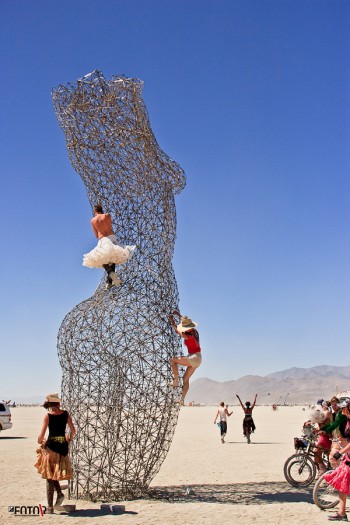 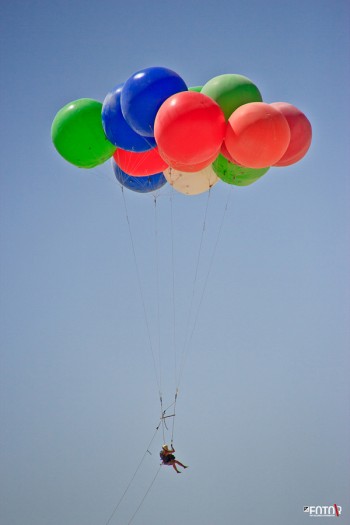 “The best things you’ve ever done are the things you do not to make money for” – Another quote from the documentary by an artist, and Ray can attest to this. Think about the things you’ve ever made. The best ones are probably the ones you did for your own sake. Those are probably the ones you are most proud of. Whether you eventually made money for it or not, whether you gave it away or got rid of it, your passion shows. A lot of famous artists, whether musicians, directors, filmmakers, designers, have restrictions on what they are allowed to do because of their producers, the media, their clients, whatever it is that restricts them. Burning Man are artists at their purest form. You see their art the way they wanted to make it. Because who cares what other people think? This is how they wanted to express themselves whether anyone else likes it or not. This is why some of the best art I’ve ever seen is at Burning Man. Their passion shows. And you know what? You can touch, hug, climb, and take pictures of the artwork because it was made for you. 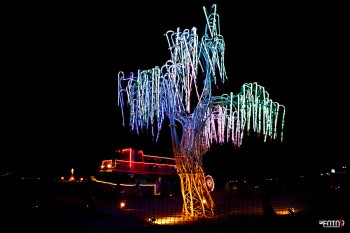 Respect – Because you’re allowed to do what you want to do here, you are expected to respect others who do what they want to. That’s how the citizens of Black Rock feel so free to wear what they want, say what they want to anybody, and do what they want no matter who is looking. In the real world, when someone looks at you, you see this look in their eye that they’re thinking something about you. When someone looks at you at Burning Man, they look at you in awe because you’re the most interesting thing they’ve ever seen. So, you can’t help but smile and wave at them. And they’ll give you the friendliest smile back, like they’ve known you for a long time. In Black Rock City, no one will judge you for expressing yourself. In fact, people will hug you for it. When you get a hug, you get a genuine bearhug. 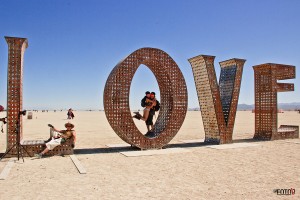 Giving gifts feels so good – Burning Man is a gifting community. People make art for your entertainment. People make pancakes for your breakfast. People teach yoga for your well being. Everything is a gift, and it makes you appreciate and want to give something back. Appreciate what you got because they worked for it to show the entire city, and they didn’t have to. We met a man this year who gave us necklaces. He told us that his wife couldn’t go this year, so she made necklaces to give to everyone. I was so so so thankful, my heart sank. I’ve never felt it in my heart to be so thankful to a stranger who gave me something. It’s a gratitude I’ve never felt. That’s how powerful this place is. The first time I gave a gift to someone, she had the biggest smile on her face. It felt so good to give to a stranger because of the way she thanked me. Next year, I’m planning on giving more. 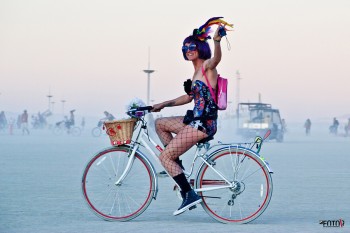 Acceptance – For some reason, I felt acceptance with everything. As happy as everyone made me feel, I accepted the small RV living for the entire weekend. In fact, I miss sleeping in the RV right now. I accepted the playa dust after 5 minutes of being there. I accepted not showering everyday even after all the dust and the sweat my body decided to keep. I accepted the smelly porta potties, and that’s a milestone for someone who has a public bathroom phobia like me. I accepted moving so slowly. I accepted everything. The playa has a way of making you feel calm. That little things don’t matter. 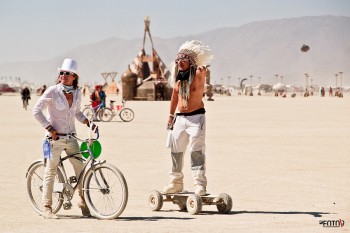 Don’t take everything so seriously – Ray and I ended up in the deep playa and far from the city. As I waited for him to get out of the porta pottie, I looked behind me at the city. The dust, the sunset, the art installations, the bikes moving around, everything looked so peaceful. It gave me some kind of enlightenment that I am here. I am one with everything and everyone. I sighed, and I wanted to cry. As soon as I felt that, a biker close to me turned to his friends as they were biking away and said, “Destination: Funky Town.” Five seconds later, they sang it together as they rode back into the city. It was peacefully funny. 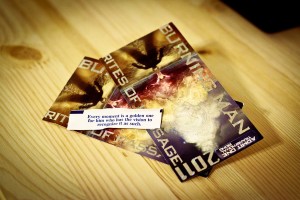 These lessons may have been learned before Burning Man, but they have never been realized until we spent three days there. I didn’t even know that I’m not being myself in the real world until I realized that I felt the most myself when I was there. The first time I felt like I didn’t have to hide anything. This place is a life changer.

There is no picture, story, or video that can describe Burning Man, but this video hits one of the reasons why I’m in love with this festival. At Burning Man, you’ll go places you never even imagine.

Much thanks to Tedshots for creating!

Based on Dr. Seuss’s final book before his death, this is a story about life’s ups and downs, told by the people of Burning Man 2011.

Life Experience: Burning Man – the experience of a lifetime

2 thoughts on “The Things I Learned at Burning Man”