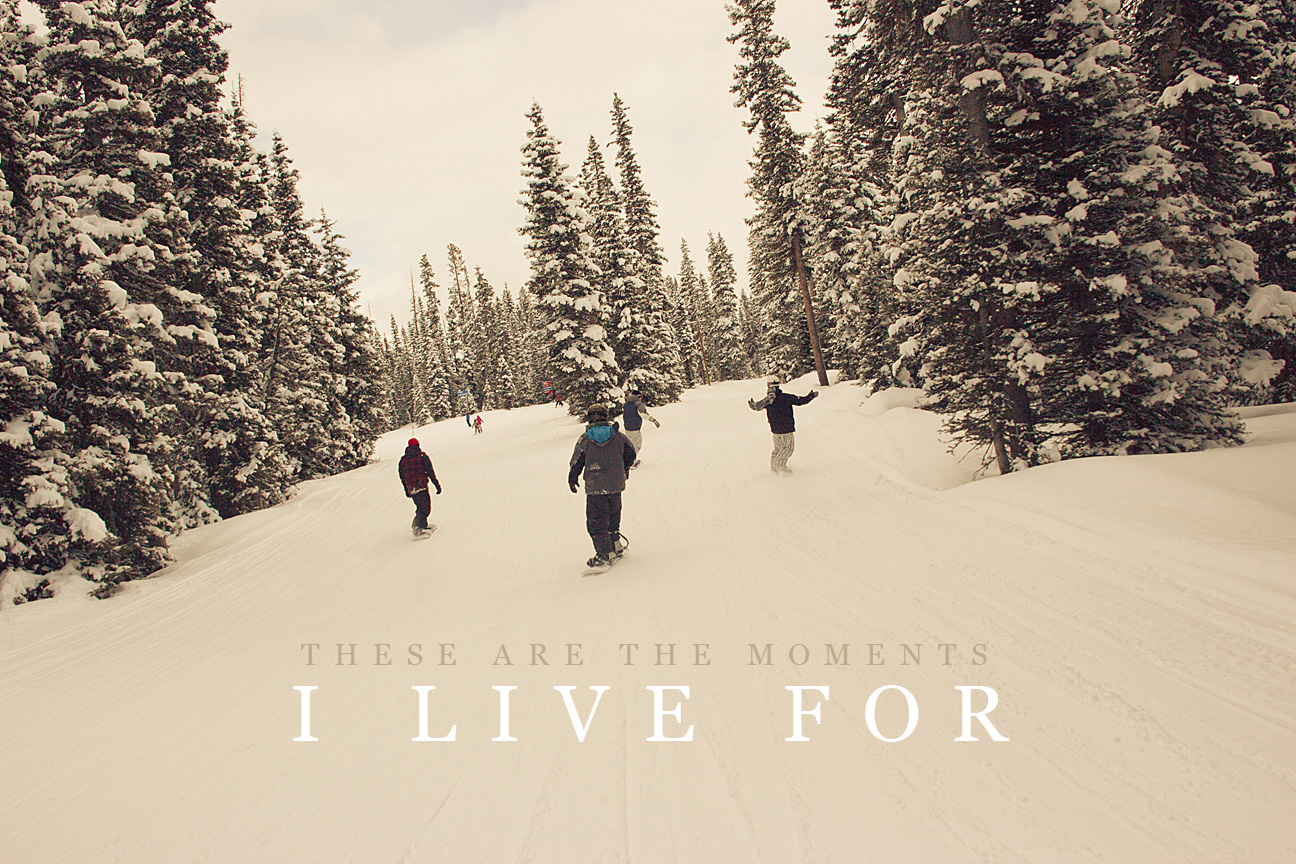 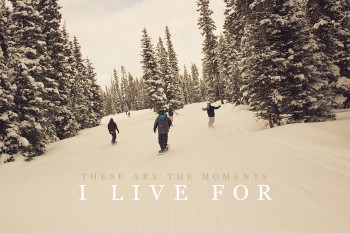 Andrew: “My Memory of Durango – Drinking at 8 am on a bus, meeting awesome people, festival, bomb food, Blue pill and the red pill, taking over an entire section of the hotel, kings cup, drunk dougie, bar/clubs, every day 3-7 inches of fresh powder = sickest boarding conditions ever, learning toe turns, drinking like a mofo, teabag, zombie apocalypse town, shuffling in the street, drinking, oxygen bar/massages, more boarding, I should have said drinking a lot more. Special Thanks to Alexis Borja and Ray Villaraza One of the best trips ever!!”
One bus. Thiry-five friends. All Powder. Indeed, it was another great weekend of snowboarding. The weekend started off on Friday night, checking out Durango’s Snowdown Winter Festival before heading to dinner. The town got cute instantly! We saw a little bit of the parade before heading off to the nearest sushi restaurant where the wait staff was in costumes. Witches, princesses, and other whimsical characters were seen all over town. 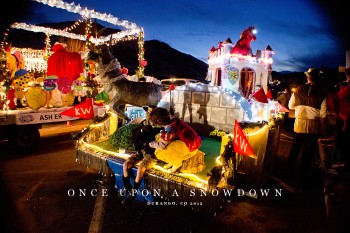 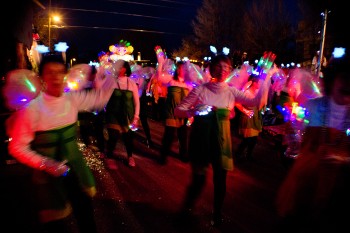 Back at the hotel, we got 2 complimentary drinks per night. I had to skip out on mine since I was under the weather and wanted to get better before snowboarding. I stayed in, and heard all about the craziness when they got home. Our group was already building a reputation as a certain someone got kicked out of the hot tub that first night at the hotel. Woops! What were they doing? 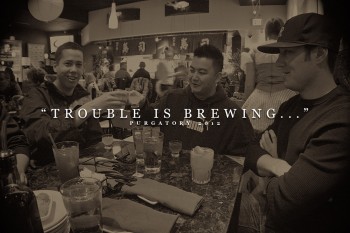 Saturday morning was the first day of snowboarding. Every one was excited enough to make it to the bus on time to head over to the mountain. A nice surprise: It was powder weekend! The snow and the weather was just the way I would have wanted it. Ray had his camera, a few others had their go pros, and we were ready to ride. We rode the rest of the day exploring the entire mountain. It was a complete blast! 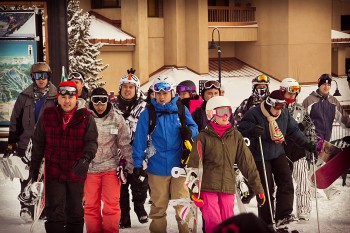 We explored the whole mountain with quite a large group. It was a great way to warm up as well as socialize. It turns out, the festival doesn’t stop at the parade.

Later that evening, Jayna’s hotel room were cooking up a mean dinner while the boys drank. A few people went to the grocery store and bought veggies, steak, eggs, and drinks. Jayna brought a rice cooker and spam. Ray and I brought the rice. Can’t have dinner without rice! It was an exciting potluck indeed. The drinking games were nothing short of ridiculous, “Pick a card from the pile. If you get the lowest card, you drink your entire glass!” Needless to say, some people didn’t make it on the mountain the next day. More and more trouble brewed, and some people got warning telephone calls from the hotel. Who DIDN’T get in trouble on this trip, exactly?
Even though I was sick, it wasn’t anything the perfect weather conditions and a company of great friends couldn’t fix. The second day of boarding was dedicated to progression runs on the terrain park. We boarded the halfpipe and took a couple of virgin halfpipers through them. Even a few snowboarding newbies joined! How many people can say, “I rode a halfpipe on my second day of snowbaording ever!” Props to everyone all day! We were kids on a playground riding for the thrill of it. 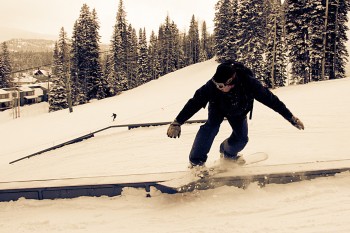 The day isn’t over until someone gets in trouble. Ray and Ben W. got in trouble for doing 270s side by side on a run. I guess we missed the “No Jumping” sign. Did we? What’s best is…we got this on video!
This group was great company! Ray summed it up nicely, “According to Colleen, our bus captain, in the 25 years or so that she had been doing this, that we easily made it into the Top 5 easiest and most polite group! And thanks for the great tip from everyone for the bus driver. One of the largest tips she had ever seen, triple digits. I guess we were nice, polite and ballin’. Good one everyone!”
A few things to look out for at Durango Resort. They have an oxygen bar and massage downstairs at the food lodge that some people took advantage of. There is also a short zip line by the food lodge that you can do while taking a break from snowboarding. And here we are with the same traveling problem: so much to do, so little time.
Special thanks, again to Ray’s photography skills. As someone said, he is, “magic behind the lens.”
How are your winter trips going?
‘Til next adventure!
Location: Durango, CO
Date: February 3-6, 2012
Want in on this type of trip? Check out Alpine Ski Club.
Thanks to Allen H. for this amazing video of the weekend!
americacoloradodurangolife experienceoutdoorssnowboardsnowboardingunited stateswinter