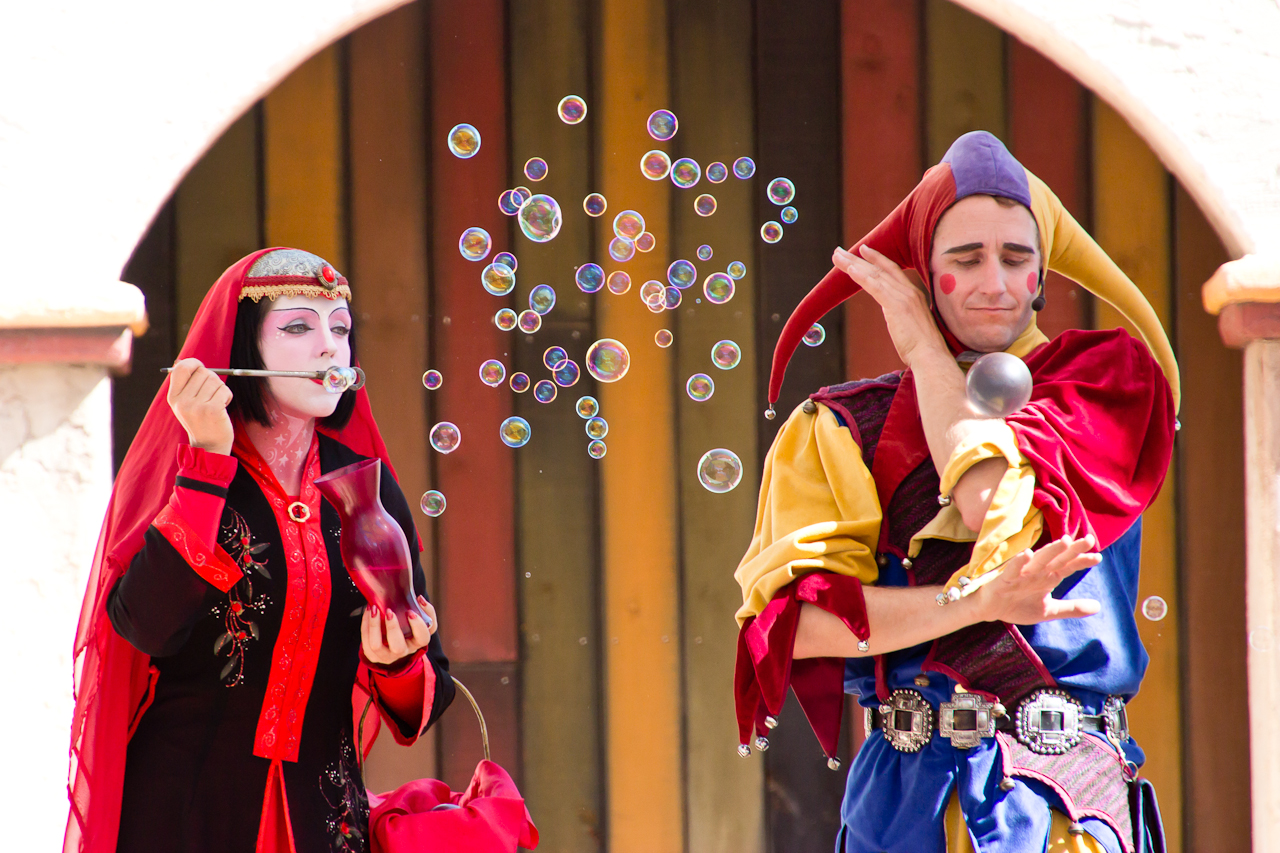 Come join the merriment at the Renaissance Festival! The Renaissance Festival happens annually around spring. I haven’t been to this festival since I was in sixth grade, so I wanted to check it out again to see if my point of view would be different. Well, it was in a much smaller space than I remembered! Although everything looks bigger when you’re 12 years old. Back then, all I could really remember was buying a fake nose ring and my dad giving me the evil eye! The ring only lasted about 5 seconds on my nose before I had to take it off. 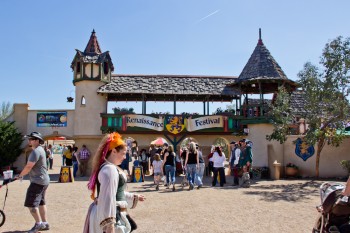 We went during the “Pirate Invasion” day, and I really wish we had more time to prepare costumes! I had the funnest idea! It’s not exactly pirates, but it’s in the same era. Maybe we’ll try it out next year. Ray wanted to be a drunk pirate, of course… 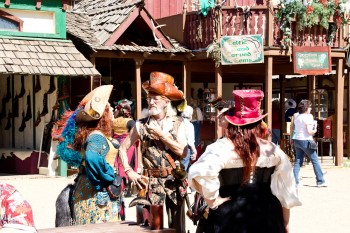 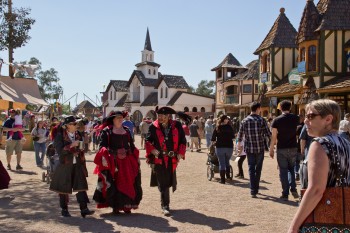 The structure of the festival was insane. There were intricately-designed villages and rides for kids. You can even throw tomatoes at the village’s criminals! Everything had the Renaissance era’s look and feel. 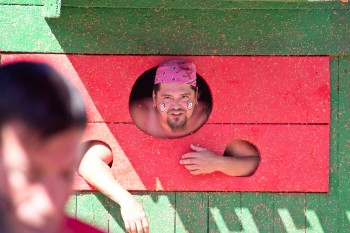 We came here to see the shows. My poi and staff instructor, Trishna, was performing with Jamila Lotus, a bellydancing troop. They were fun to watch, and I just love the flowers in their hair and the costumes! Having a live band wasn’t a bad addition to the show. I love watching a performance with a live band. It feels more authentic. 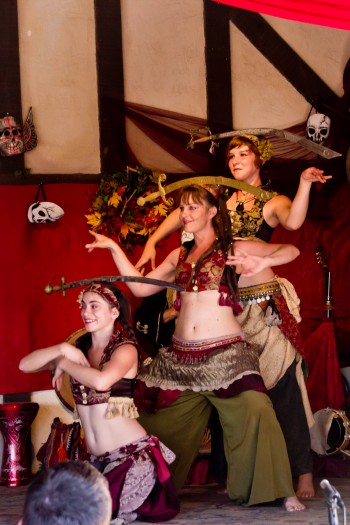 After Jamila Lotus, we went to see the joust. You can’t go to the Renaissance Festival without seeing it! Although it was extremely hot that day, I still enjoyed the vibe. They had a kings court set up along with characters that hyped up the crowd. They even taught us how to trash talk the other teams the Renaissance way. The actors they used looked like they were from that era! Our side of the bleachers went for this nice looking fellow.

They introduced their names, and the country they represent. The tournament began with the knights showing off their talent at targeting, hitting a target with their lances while riding around the arena. Then, they put on their armor and began the joust! The armor looked legit! I want one! 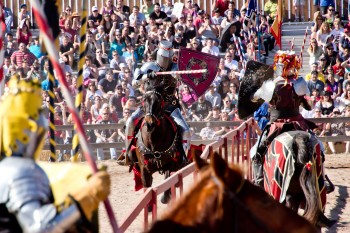 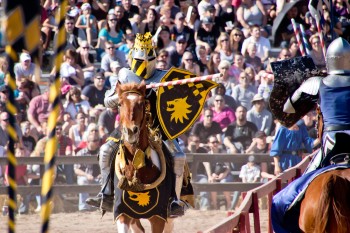 Our knight didn’t win, but we were proud! Next up, we walked around and enjoyed the scenery. There were so many characters to look at, bards to listen to, and toys to play with. We enjoyed the Juggler’s Pointe where we got to play with poi, hula hoops, and plenty of other toys for the circus lovelies. 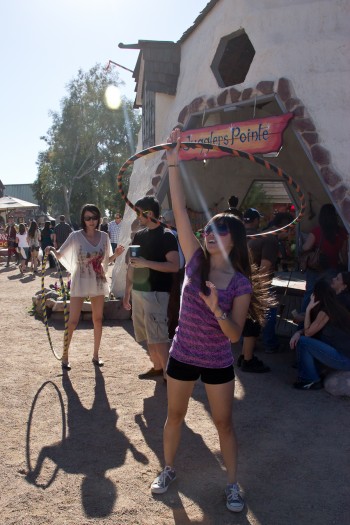 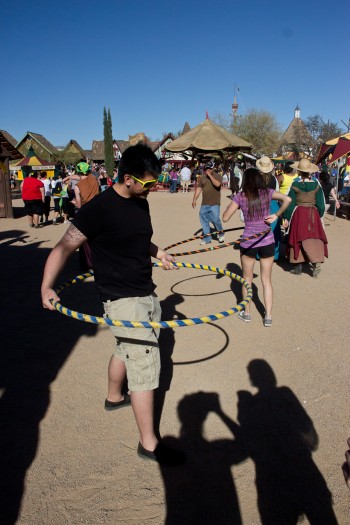 The musicians were enjoyable as you don’t see people playing these instruments every day. For some reason, the harp is always held by some beautiful woman. 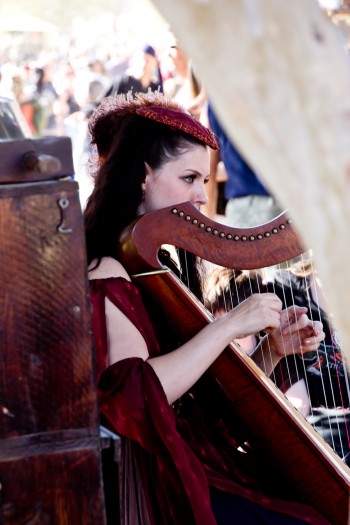 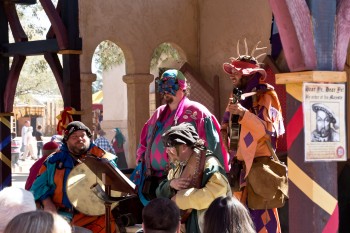 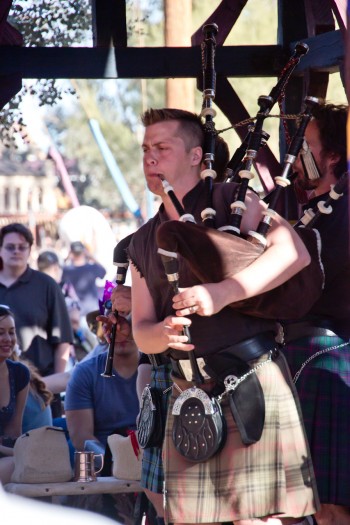 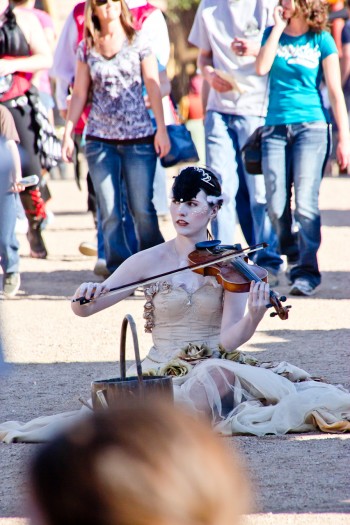 A couple of tips before you go:

Wear sunscreen and sunglasses! It will be sunny, and you will be sitting on the bleachers for awhile to see the joust! Be smart and wear your SPF!

Have enough time to make/buy your costumes! As a costume-lover, it was heartbreaking to not be a part of the Renaissance experience.

Bring a camera! You’ll find lots of wonderful things to take pictures of! Do not regret leaving your camera at home.

Find ticket discounts. We found ours at Fry’s Marketplace.

Check the website for different events. We went during the Pirate Invasion. I always believe that the people who wear costumes to events are the liveliest bunch. They took the time and effort to be a part of the show. They must be really into this kind of event. You can bet that they’ll make the festival even better.

The obligatory battle cry picture by JR. I wanna be a kid again and have enough time to play with all of this! 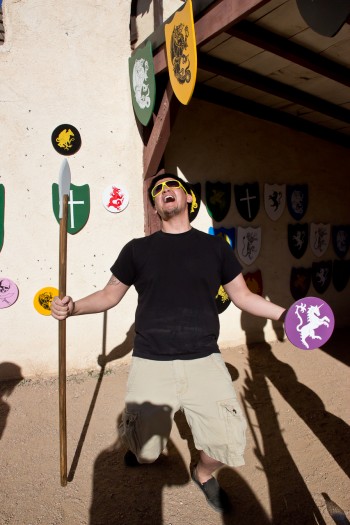 What era would you like to see come out with a festival?

Life Experience: taking the time back to – The Renaissance Festival