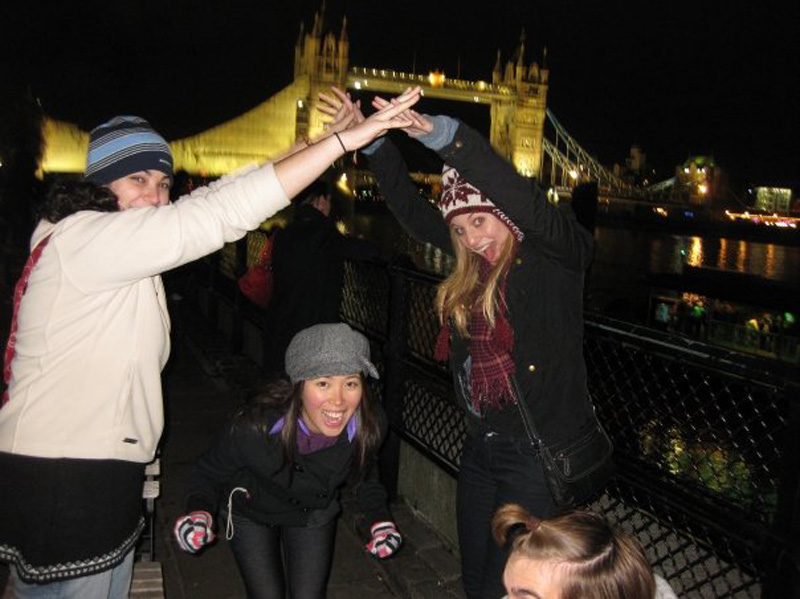 “London Bridge is falling down…” I remember when I used to sing that back in my first hometown, Polillo, Quezon. I was only about 5 or 6 years old. Back then, I never would’ve thought that I would actually set foot in London.

Flash forward to almost two decades later, I’m prancing around London with a few of my study abroad buddies and played the same game! 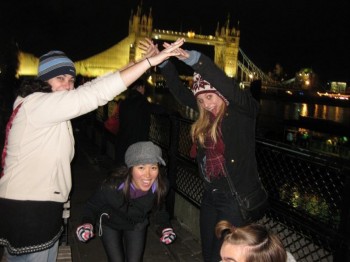 Pssst! This is actually called the Tower Bridge! It was the last thing we saw in London after hours and hours of walking around. I can’t tell what time this was taken at. Maybe 5PM? We went to London in November, and the sun set at an early 3PM! We were completely thrown off. Staying out all night didn’t exactly work out since the early sunset made us feel like 11PM was actually 3AM! This bridge was beautiful, and I wish we would’ve been able to capture it better. Here’s some more shots when I tried to: 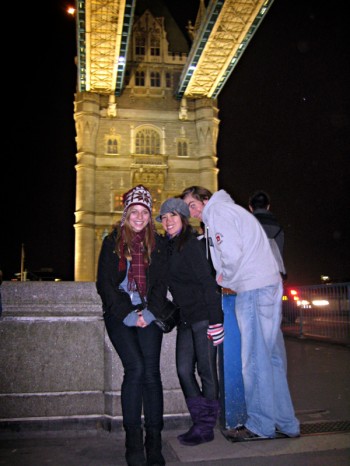 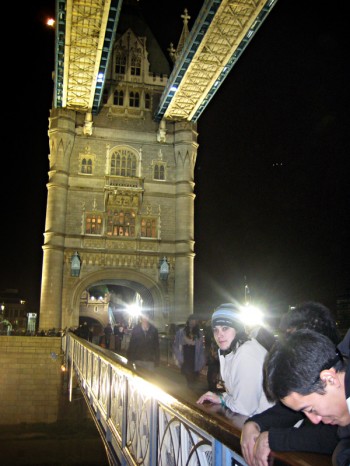 The day started with us getting to ride the infamous “tube”, the London Underground. 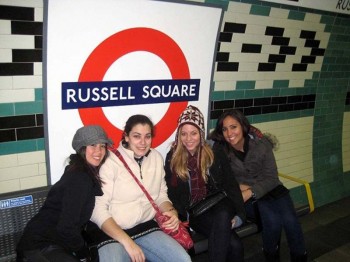 Compared to Barcelona’s metro, the Underground’s tubes were teeny tiny! They filled up pretty fast, and you’d be lucky to get a seat. I did love people watching here since the ladies of London had the cutest winter coats and boots!

Our first stop was to get to the changing of the guards. We didn’t wake up early enough, but I did take a picture of the guard we saw. I was expecting a long, black furry hat. I’m guessing they don’t wear the red coats during the winter since we saw this hottie in gray marching back and forth. He couldn’t have been one of the guards we were looking for. 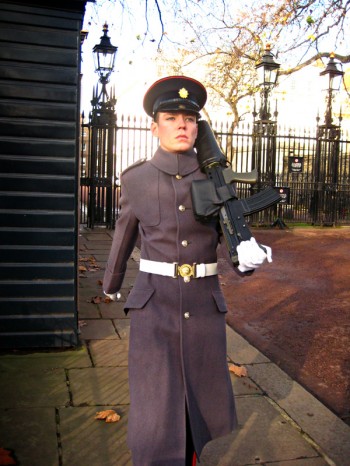 Oh well, we still got to see the Buckingham Palace in all its golden glory. It is massive. We stood next to a tour guide group and heard stories about how some people tried to break into it and failed. Oh, dear! 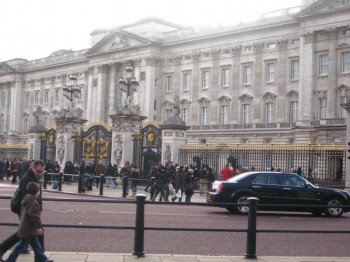 We walked some more miles and took the nicest picture we were able to take with the group at the Palace of Westminster. All smiles! I wish I would’ve seen Princess Kate get married! I fell in love with her wedding dress! 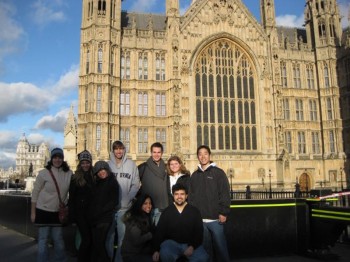 And here’s our attempt at copying the time on the Big Ben. He wasn’t so big afterall. 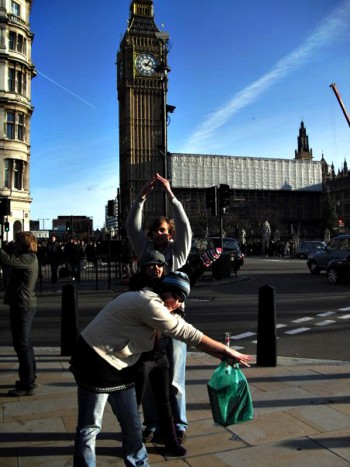 The rest of the day was a blur. I remember walking through beautiful Hyde Park and wished we can stay longer to bike through it. I remember the Harry Potter sites, ice skating through the Winter Wonderland carnival, getting stuck in phone booths, and almost missing our flight. As you can tell, the messy pictures only described our crazy adventure. 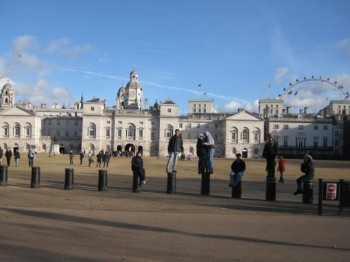 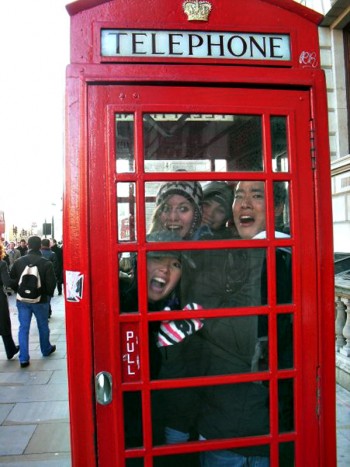 London was a nice city to stroll through, but the people I came here with made the trip! Although we walked for hours and hours (this is probably the most I’ve walked all over Europe), they made it seem like a quick stroll.

Keep in mind if you’re going through London during the winter. The sunny days are short, and it’s super cold! Wear your long johns!

Ever been to England? What city? What did you love about it?

6 thoughts on “Memories Made in London”