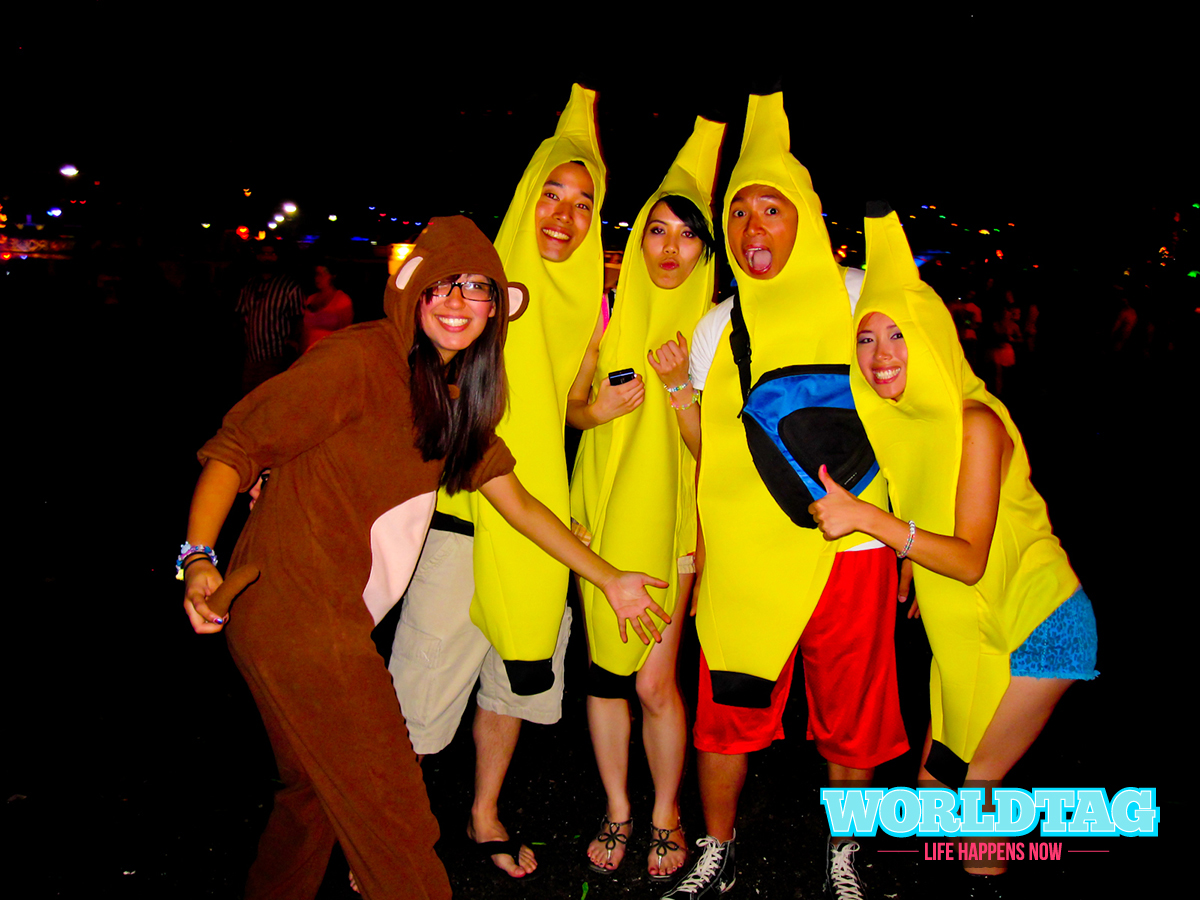 You wanna be famous for a night at EDC? Be a banana! We knew we were gonna get a lot of attention wearing this costume, but we didn’t know we would get this much! From where the taxi cab dropped us off to waiting in line to get into the event, we already had 8 people holler at our banana costumes, so we stopped counting. We hadn’t even gotten into the event, and we were already famous! Inside the event was even better! I can swear that every 5 minutes, someone would sing, “Dada!”, “See you guys at Dada Life!”, “Ring, ring ring, Banana Phone!”, “Bananas and Pajamas!,” “I’m a banana, I’m a banana!”, “Banana Milkshake! Banana Milkshake!” It didn’t even matter if we were in a group of 4 or 6 or just one person walking as a banana. We got attention anyway!

These were the banana milkshake guys: 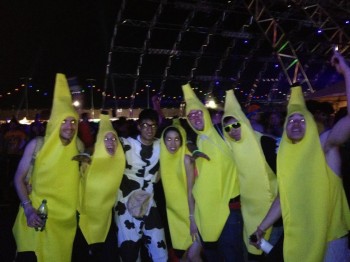 They were my favorite! A cow and a banana duo? Banana milkshake?!?!? Genius! The cow later found me on instagram (follow me! @lovemissalexis), and I found this picture through his facebook! Banana high five! *Clap!* 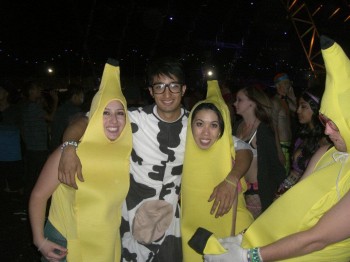 Have you ever gotten a lightshow from a banana? This guy on the far right gives some epic ones.

The bananas were split up at the beginning of Sunday night, BUT surprisingly each group got their very own monkey! And awesome ones at that!

To close this off, we got some banana lovin’ for ya! ;) Bananas in love… 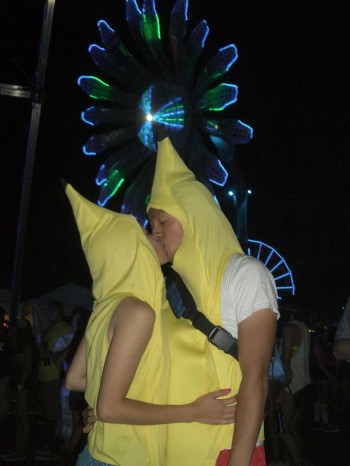 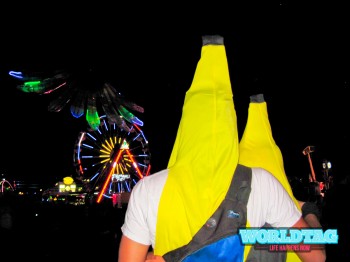 So many people took photos of us. It’s comical to think that we will be etched in their memories! I’m sure they brought home some amazing stories to tell their friends about EDC, and I hope we are part of it!

Anyone else got some banana pictures? Please share them on www.facebook.com/worldtag. We would love to hear about your exciting EDC costumes. What was your most favorite ones? What did you have the most fun being? Share your stories here!

More coverage of EDC 2012 still to come! Stay tuned! In the meantime, have you read my first EDC 2012 post? Read about my opinion on the ups and downs of An Unforgettable EDC Weekend, and find out why this article has had the most comments posted!