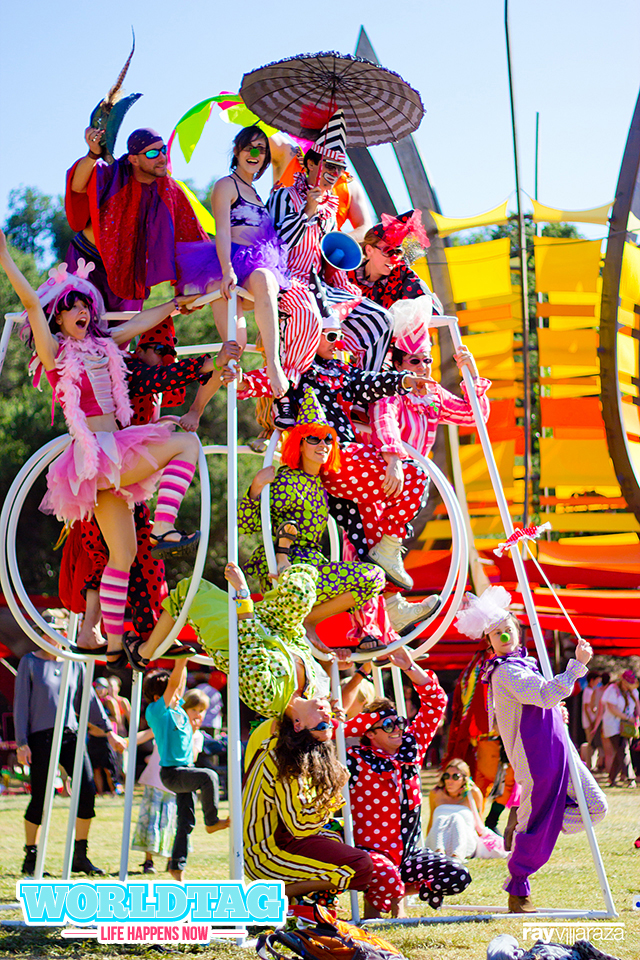 Learn how to become a better partier. That’s what we learned all day at Lightning in a Bottle! There are so many activities to do in the morning. We tried to partake in a lot of them but only got bits and pieces of everything. The vibe is way too chill to be rushing around. This place made me wanna slow down. Take the time to enjoy things the way things are meant to be enjoyed and appreciated. Every thing deserves your time. I miss this indescribable feeling so much! Let me take you on our journey, training to become a better partier in one day.

Wake up With a Fresh Mind – The best idea we ever had was to do yoga on the grass first thing in the morning. When the sun’s warmth is just enough heat to warm you from the California cool breeze. What better way to start the day than to feel refreshed and anew? Leave your worries behind and your negativity out the door. A clear mind is an open mind, with room for new experiences and loud bass. The yoga instructor at the Bamboo Stage was the best I’ve ever had. She told you not to overexert your body, but at the same time throws in a, “Everybody can do 15 more reps, right?” She was just the right kind of encouragement! In that one hour of yoga, I went through 5 different emotions. I was relaxed, then I was happy, then I was proud, then I was determined, then I was grateful…I even started giggling in my own world! I felt like nobody was around me, even though about 100 people were there sharing the grass for yoga. Giggling in the middle of yoga? How did she even do that to me? I was sad that it ended, but I felt completely balanced and ready for the rest of the day. I wish I could have this yoga every morning to prepare for a days worth of partying! 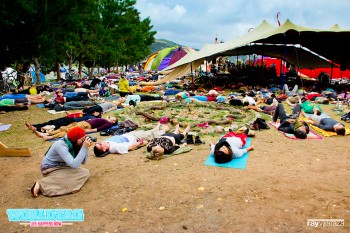 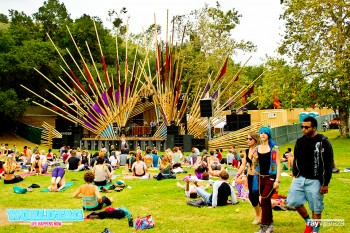 Learn a few tricks – These party people don’t just party, they play with LED toys for more entertainment! After yoga, we participated in the spinning workshops. Ray and I took the poi class, and I took the hoop class on another day. It was just plain fun. We met a few people who are learning and also willing to teach. Everyone were at different levels, so you can really take advantage of learning from anybody. We learned from a lot of smiling faces. This encouragement is very addicting, and our progression was a lot faster! That night, we played with our glowing LED toys as well as watched the pros dance with them! Then you start to realize, you ARE the party! 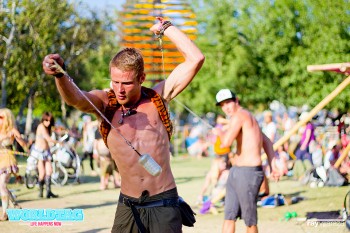 Get inspired – After the workshops, we walked around to see the art at LiB. Too bad we didn’t take too many photos of the art. They were art at a crazy level than I’ve ever seen. Reminded me a lot of Burning Man, since a lot of these artists are burners. The kind of art that’s not trying to impress anyone else but the artist himself. It’s newer and different than the things I’ve seen before. Android Jones has to be my favorite artist right now. Check out this mural he painted. It’s mindblowing. 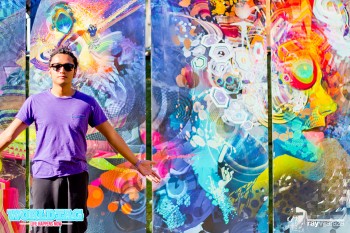 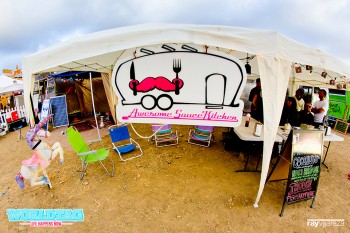 We took photos of a lot of the people. The costumes, the hairdresses, the face make up…As an aspiring costume designer, I was inspired by everything I saw. I felt like my head was gonna explode with ideas! I had to stop myself from thinking, so I could focus on looking around. I can sit in one spot for hours just people watching. I love it when people are festive, wearing costumes and face make up! People didn’t just show up to drink and be merry. They showed up festively-dressed for the occasion. People wore whatever they want to wear, however they want to express themselves. With a big hat, with feathers, on stilts, the crazier, the better! Life should really just be a big festival! That’s what we’re here for! 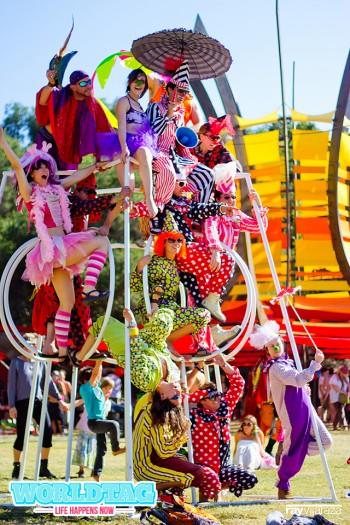 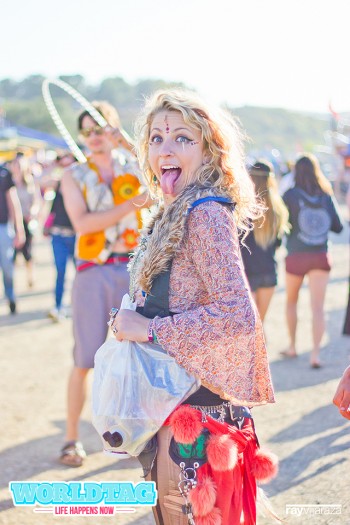 I wish we could have taken more pictures, but we were on vacation after all. Gotta be present to enjoy it! Specially during beautiful sunsets that festival goers celebrate every day at LiB. It’s a sign that the night is about to begin! 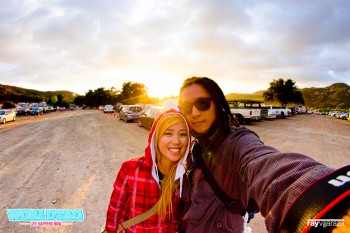 So after waking up refreshed, taking some spinning classes, and getting inspired, it’s time to actually take those ideas and put them to use at LiB by night time! Although Lightning in a Bottle in the morning was very entertaining, the night was just as crazy! It’s when the DJs play and the real party begins! If you were kidnapped, blindfolded, and dropped off at LiB at nighttime, you would wonder what planet you’re on. Remember the photo I posted on Things I Learned About Camping at a Festival? Here’s another out of this world photo: 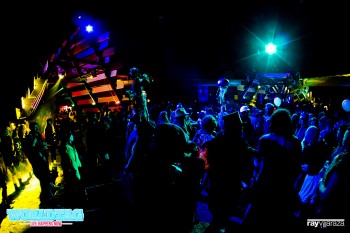 Watch out for our next article on Lightning in a Bottle by night, and be taken to another world!

So what do you think? Do you have more tips on prepping for a party? Share them with us!

Life Experience: Lightning in a Bottle