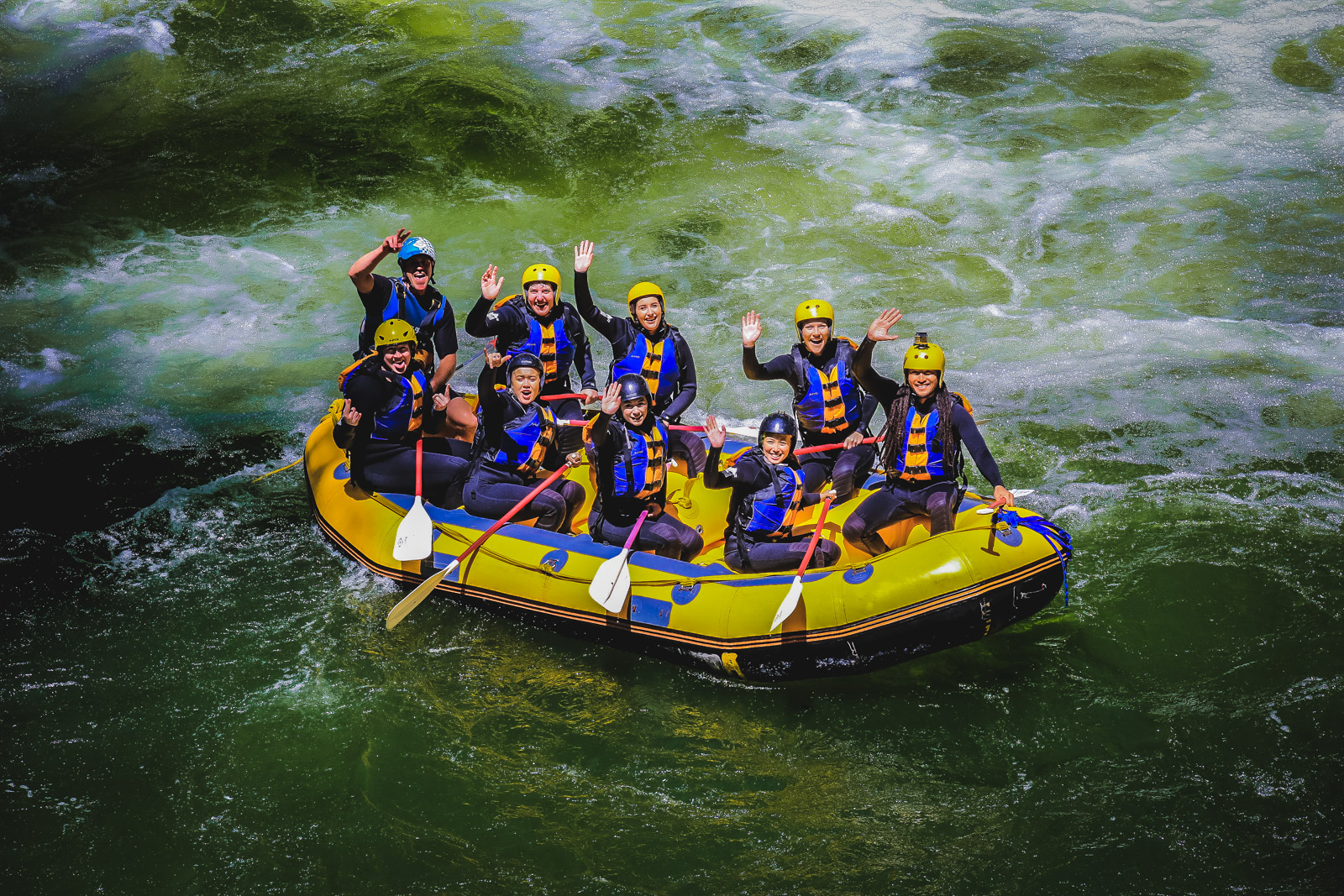 “Do one thing every day that scares you.” -Eleanor Roosevelt

Rafting was the most thrilling activity I did in New Zealand. Mostly because I’m afraid of falling into rapids and cliff jumping, and I did both during the rafting trip! Truth be told, cliff jumping is still not my favorite thing! But rafting is something I can do, again! 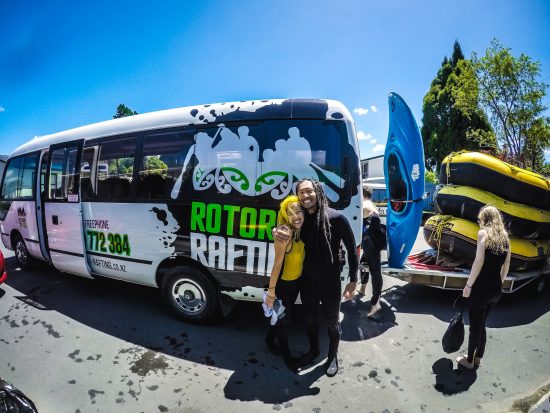 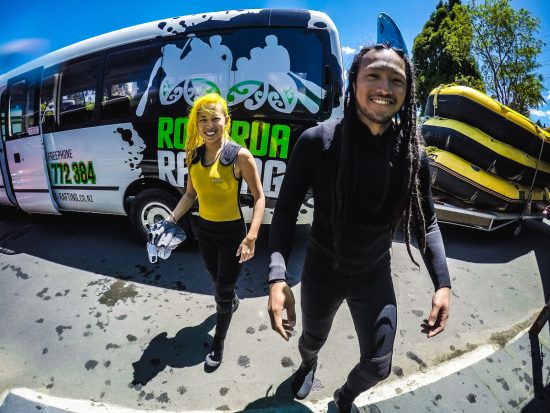 Right before we went into the town of Roturua, Ray and I found Okere Falls on the map and decided to do the short hike around it. We stopped at a bridge and saw people kayaking the waterfalls, “Those guys are crazy! The rapids are too fast!” The next day, we wanted to try out rafting and guess what? The tour took us to the same Kaituna River where we had to drop down 7 meter Tutea Falls!

We went through Rotorua Rafting and the tour guides were friendly, helpful, and funny! They provided rafts, paddles, wetsuits, shoes, helmets, and life vests. With these rapids, I needed all the safety I could get! They also had showers, so prepare to bring extra clothes to change into!

We were put in groups of six, and got put with a group of girls we had met the day before at the Rotorua Canopy Tours! Boy, was I glad I was with a group of Aussie friends to make me feel comfortable!

As we were driving up to the river, our guides instructed us on what we need to do if the boat ever tips over. The usual, don’t panic, don’t flap your arms around, etc. They told us that boats don’t normally capsize, but they’ve had 5 out of 7 boats capsize that day! 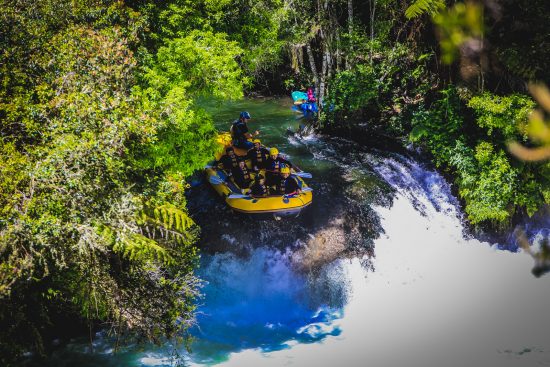 I was anticipating the 7 meter drop the whole tour! We did a few small drops down the water, and after I got over the shock of the first one, I was feeling pretty ready for the major waterfall.

Here we are on our first tiny, little drop! Our guide made us stand because “it wasn’t a big deal”. You can see how scared I was before I even dropped! 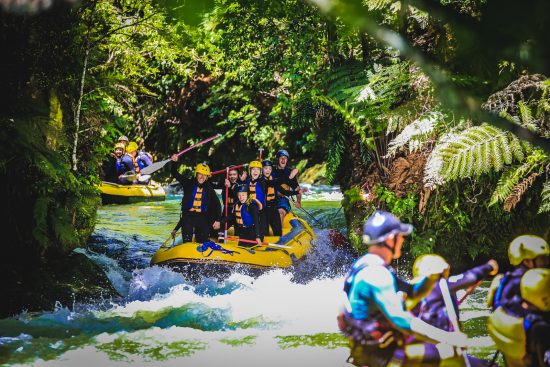 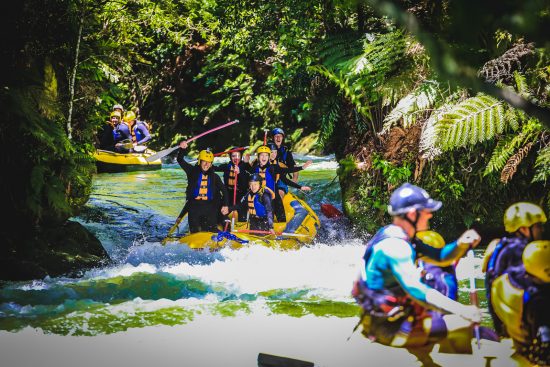 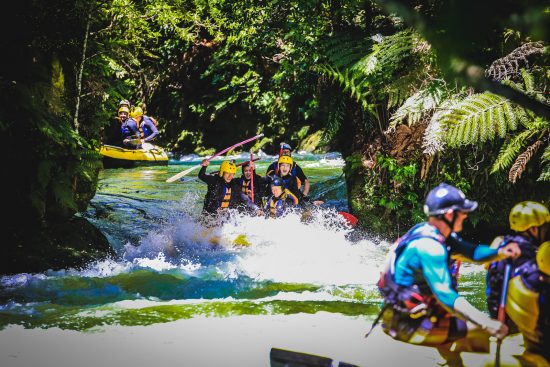 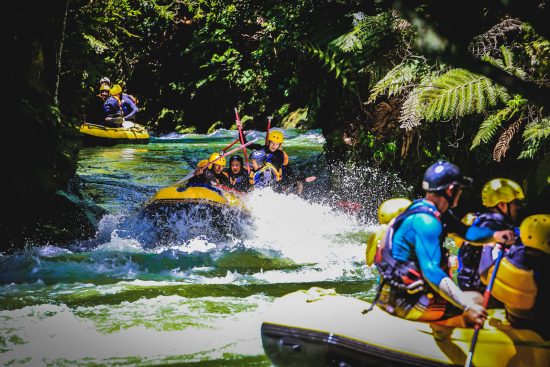 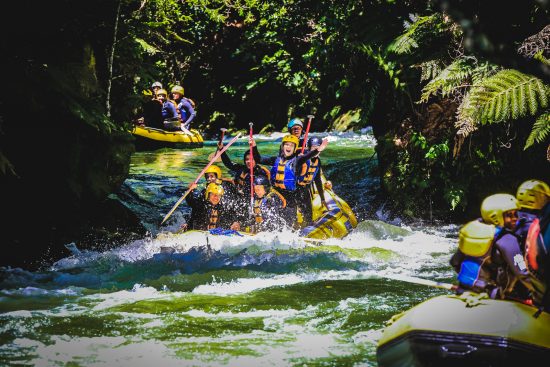 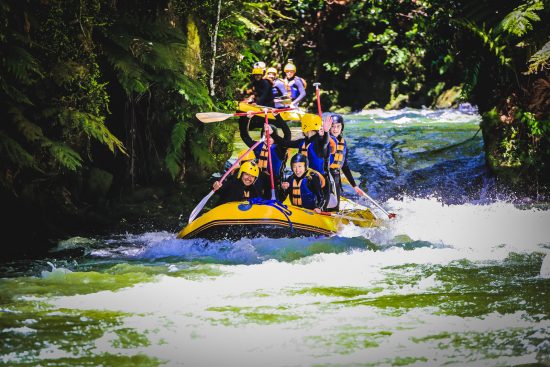 You can tell I was ready to bail! But thankfully, I made it through! Here’s the next waterfall, so you can see the difference in height! We even went under water, and I held on tight! 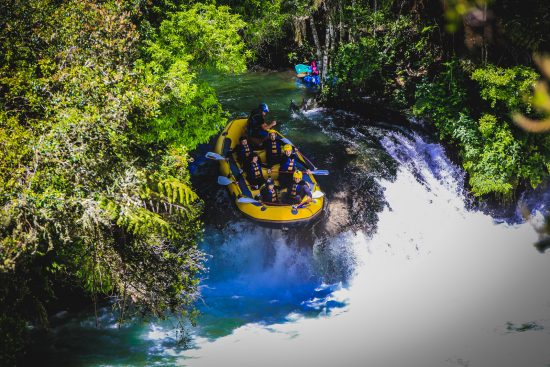 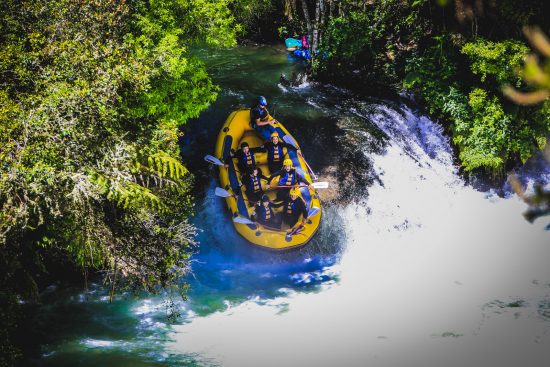 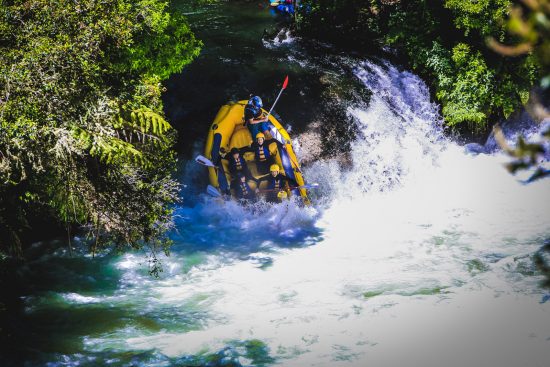 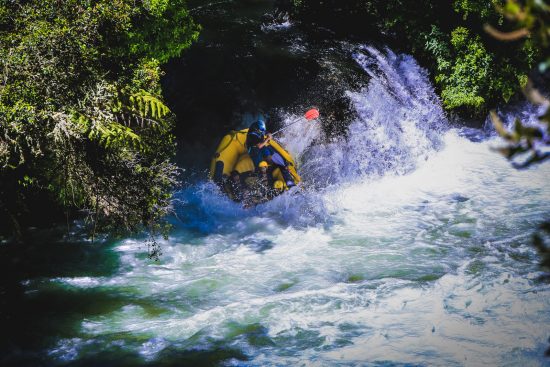 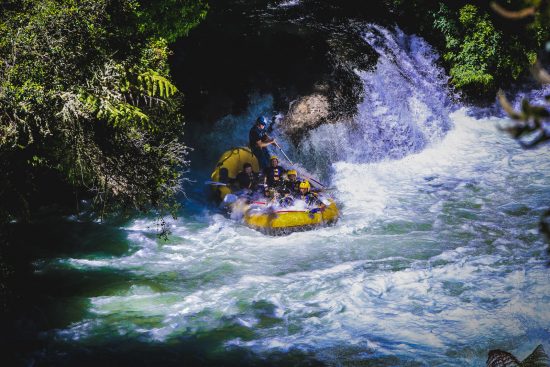 Right before the big waterfall, the boats gathered around, and we all learned about what the river and the waterfalls meant to the Maori culture. We said a Maori prayer together right before we paddled down to meet the top of the falls. I always admired how New Zealand includes the history of their indigenous people in every way they can!

I finally meet Tutea Falls and there was no turning back! With my heart thumping in my chest, I braced for it and prayed that we wouldn’t capsize! 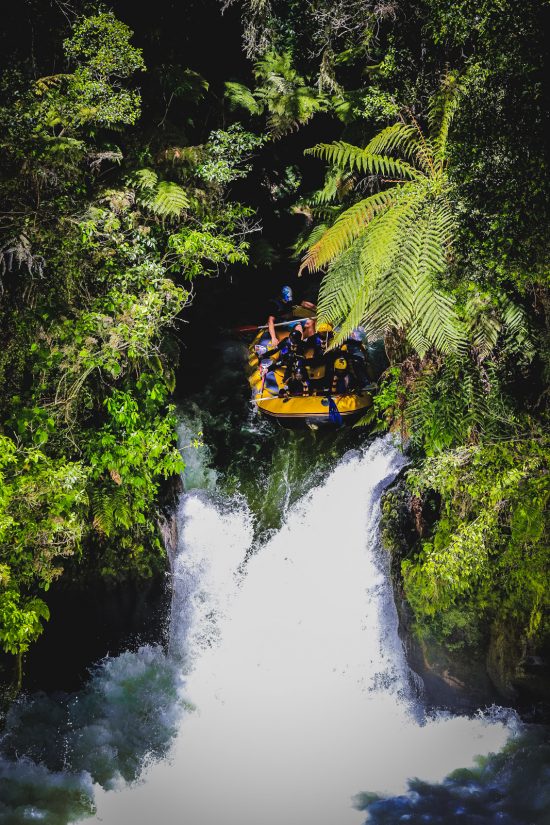 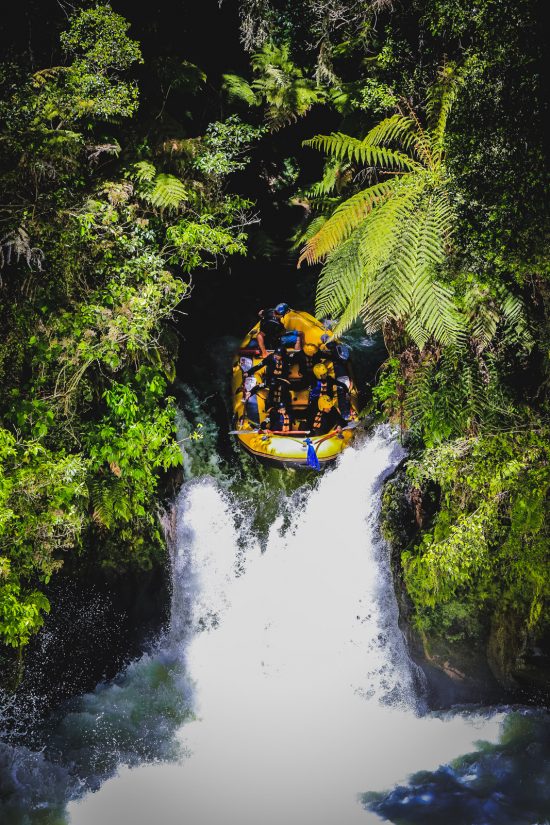 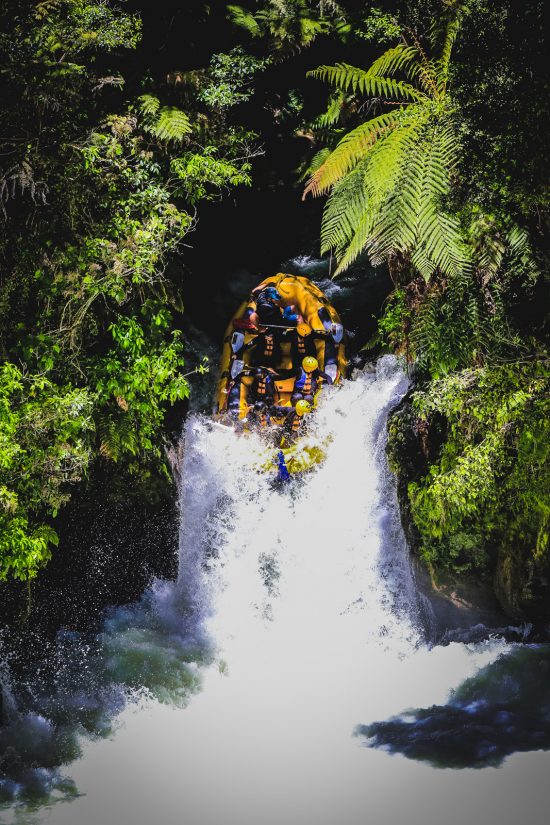 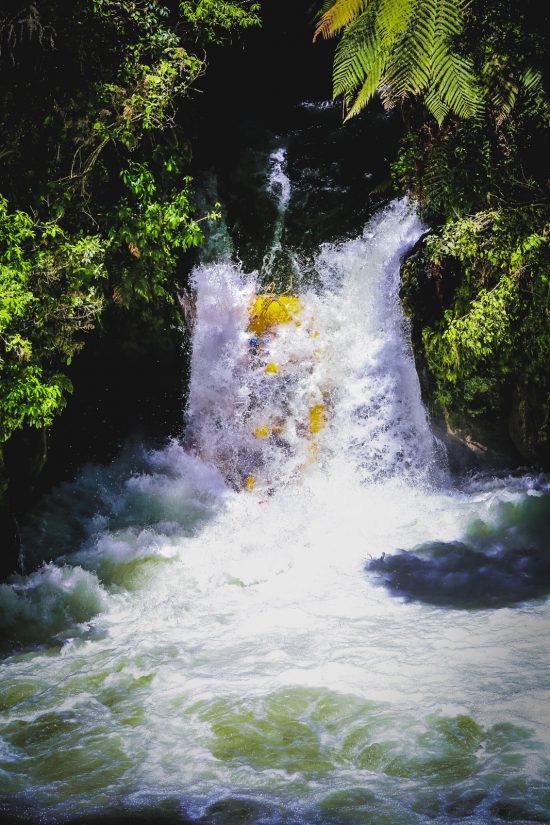 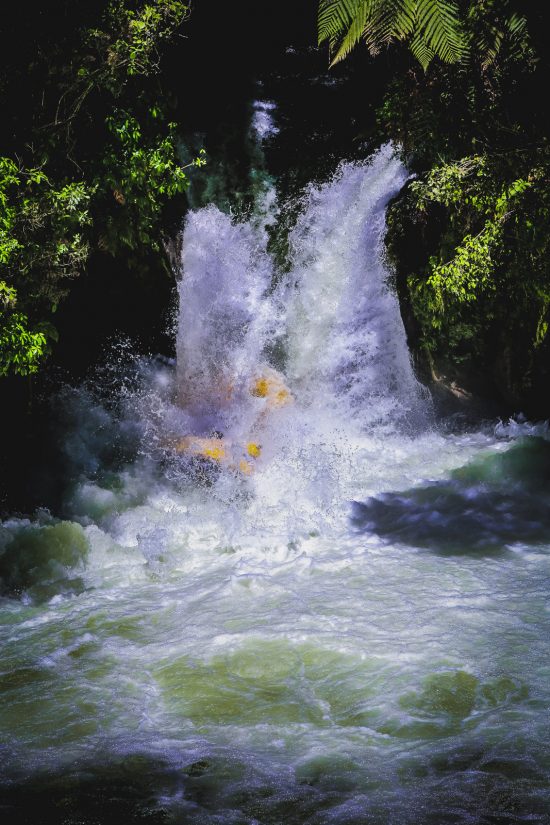 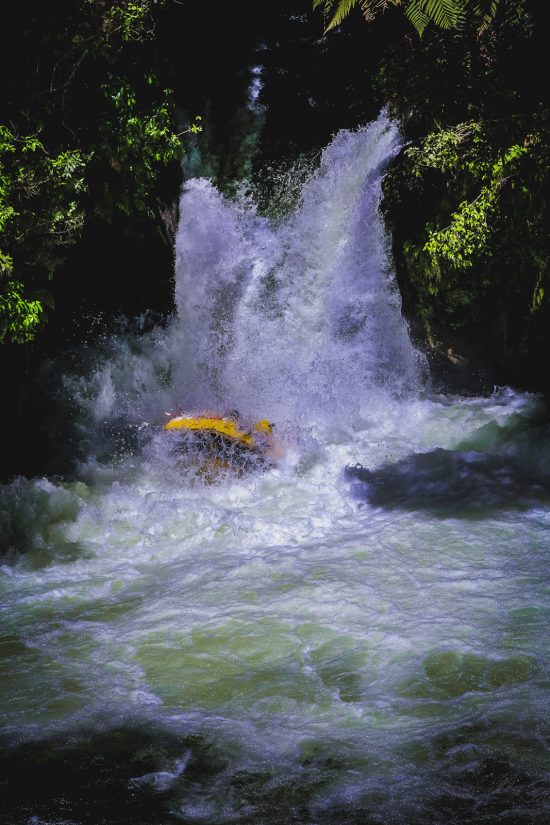 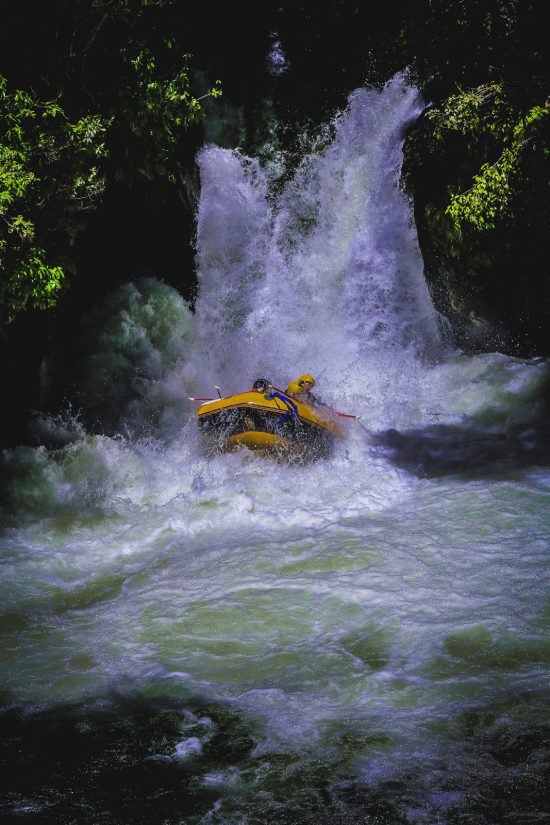 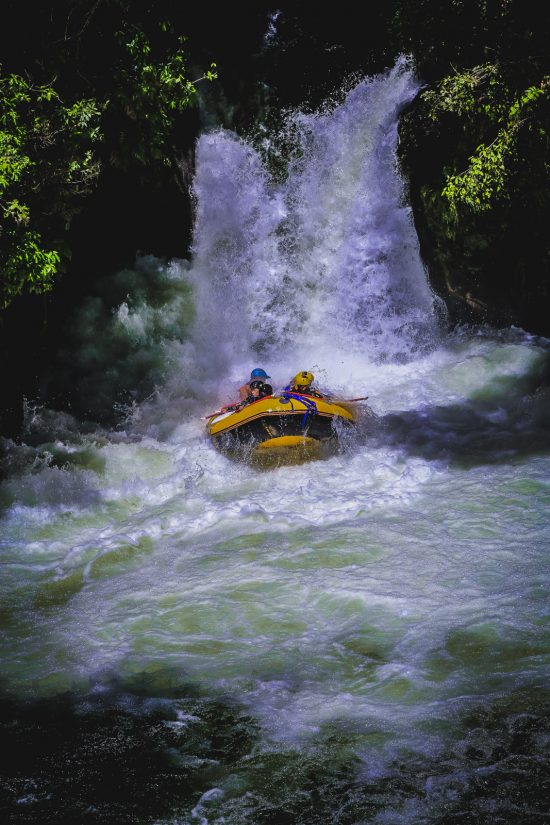 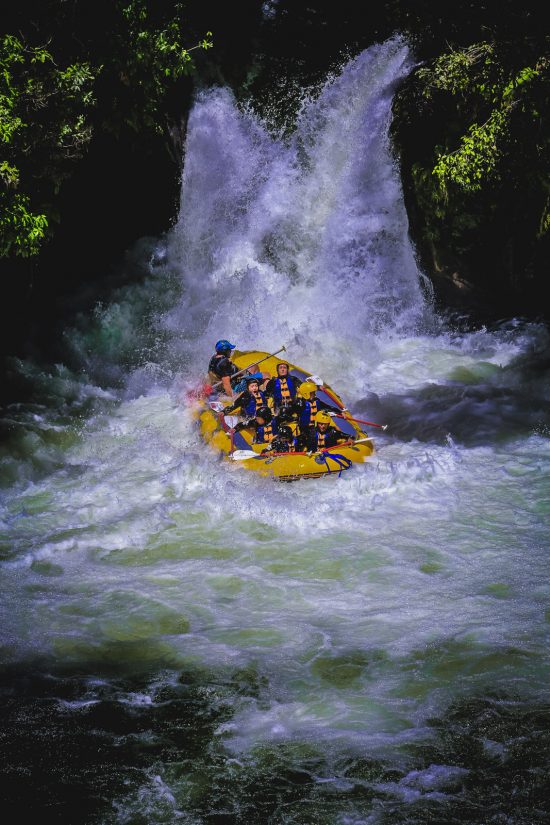 We made through! Phew! I was the happiest girl! We were definitely soaked. I definitely swallowed water, but I’m definitely alive! We got to paddle a little ways to watch the next couple of boats go down the rapids! A couple of boats capsized! What a scene it was! People jumped to help, tour guides were yelling instructions, a few people had to take shelter on rocks on the side of the river. A couple even jumped on our boat temporarily for safety! We went on a rescue mission. It was insane! Thankfully, everyone was safe! 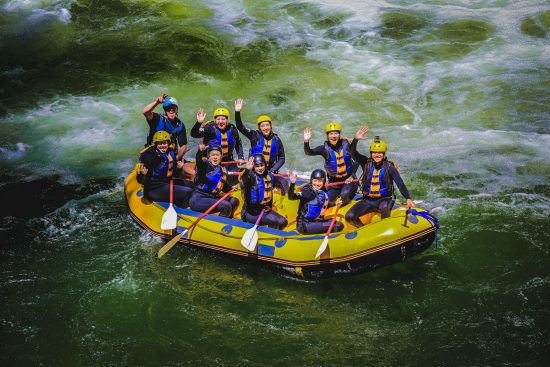 Here we are celebrating with our new friends!

We went around playing whatever little games we could play on the river! Cliff jumping, being a mermaid on the front of the boat, getting splashed by the rapids… 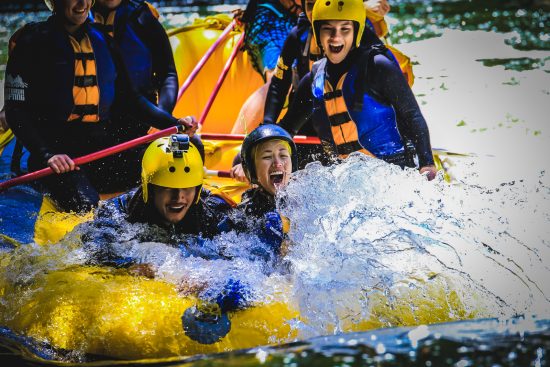 Face in the water…I just ended up swallowing tons. Was I laughing? Yes. Would I do it, again? Probably not! Keep scrolling for some epic shots… 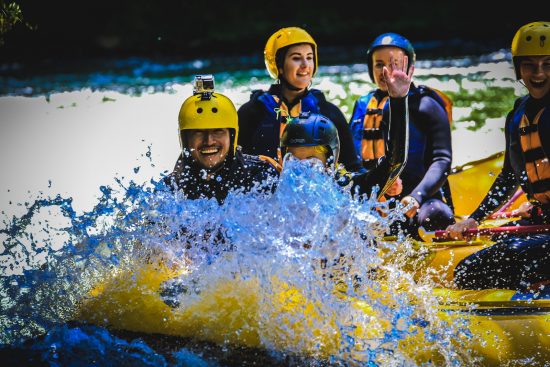 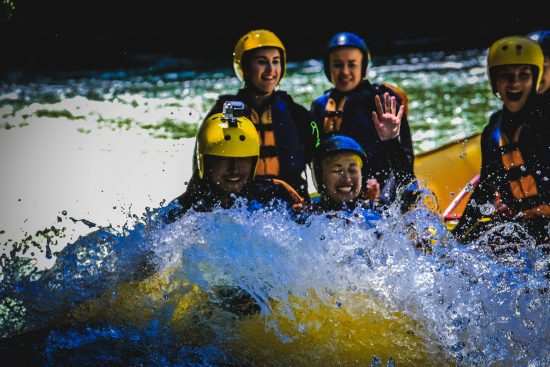 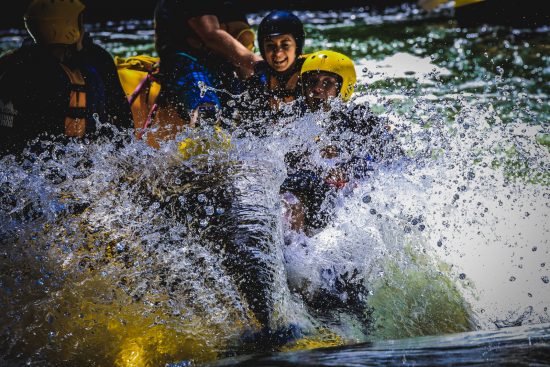 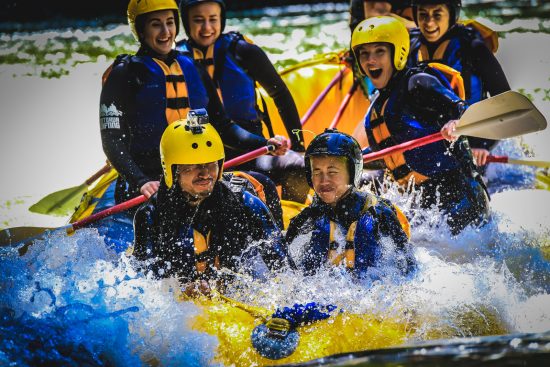 Oh, water. You remind me of my older brother who picked on me and made me question my self-worth. The thing about water is, no matter how much it bullies you, there’s no way of getting revenge!

Here’s a video of our experience!