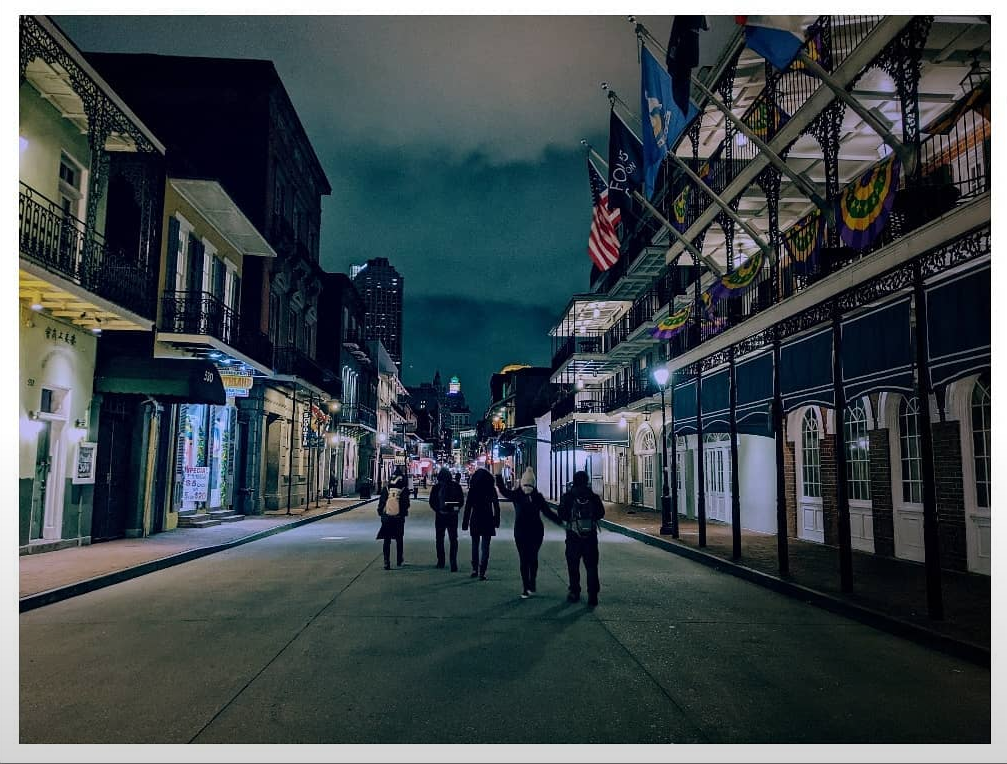 Mardi Gras had been on my bucket list since my party-seeking high school self in the early 2000s! Although I loved Bourbon Street, I slowly grew out of the idea of wanting to be there during its craziest time of the year. When I heard that my friend, Shirin, was going to go with people who had been therefor 2 years in a row, I tussled with the idea. America is coming out of a pandemic, and I’ve been dying to leave Arizona. Here I am, unemployed for a year with a growing credit card debt. Is it worth spending money going to a festival at half capacity?

The pandemic had made me an indecisive person because of future uncertainties, but I had been dying to leave the state. Maybe it’ll fix my mental state. Maybe it’ll take me out of a rut. Maybe if I emptied my wallet, the universe will suddenly find money to fill it! So, I took a chance knowing that the event might get cancelled. I’ll just eat amazing southern food and be happy!

I knew it was going to be a unique experience. Days before the event, people partied on Bourbon Street unmasked and not socially distanced. The mayor asked for Bourbon Street’s complete closure on Fat Tuesday. Understandably so…The streets were barricaded with cop cars blocking the entrance.

On top of that, there was an extreme weather report. New Orleans was experiencing its coldest Mardi Gras ever. There was a storm passing through that created winds and frigid weather. My suitcase is full of cute clothes that are easily flashable, in the best Mardi Gras sense! I ended up wearing my husband’s jacket the entire time instead.

It was cold. It was empty. It was quiet. It was the cleanest it had ever been! I looked up at the balconies imagining what its glory days were like. The sounds, the beads, the people. The pandemic had created an empty scene. In the end, I did end up going to New Orleans’s craziest time of the year.

I was speechless. I was baffled. Even though I knew that Bourbon Street would be closed, I didn’t know what to make of it. I went to an antifestival. Instead of the places open, streets full and loud, it was closed, empty, and quiet. It was another post-apocalyptic scene of a city. It was a unique experience!

The next day was a bit better. The streets were open, and we got a tiny glimpse of what Mardi Gras would’ve been like.

We did ghost tours, cemetery tours, and our own food tours with our new friends. But there’s nothing like being a part of history. The day the pandemic hit Mardi Gras.

It didn’t fix my mental state. I didn’t quite come out of my rut. The universe didn’t fill my wallet until four months later. Maybe I used traveling to escape, and I know that I can’t always use it to escape myself. Traveling is a part of me, and it isn’t always happy magic.

I remember years ago when I stopped dancing and started traveling for 3 years. I thought traveling would make me happy, but by the 3rd year, I had realized I had been depressed. This was when I first learned that traveling doesn’t solve my mental problems, even if I was happy while I was on vacation.

We all coped with the pandemic in our own ways. We all had our ups and downs. Our trials and tribulations. My travel to New Orleans created an insanely unique experience I will never forget…and a reminder that traveling doesn’t solve your problems.

I continue to learn that it’s not where you’re at. It’s who you’re with. Being quarantined for so long, we somehow made a lot of new friends. It was nice getting to know a whole new batch of people with new histories, new energy, and a whole new way to live life.

The guy who worked as a mechanic for SpaceX and lives in the middle of the woods. The girl who went through nursing to make a good living for her mom. The guy who bought jetskis and boats and makes money renting them out every summer. It’s very cool to see how everyone else navigates life.

As I come back to bed with someone so comfortable and so familiar, it’s refreshing to know there is a wide variety of life out there. We will continue to live it through the rut and through the uncertainty…because the predictable and the ordinary can become quite boring.